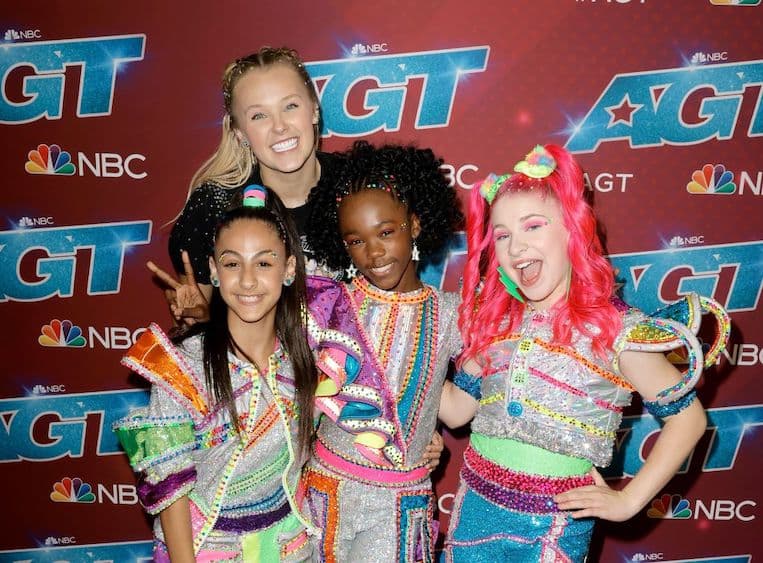 JoJo Siwa recently acknowledged her most recent viral TikTok rumor on the America’s Got Talent red carpet. Within the interview Siwa blushes while claiming that she’s not dating fellow TikToker Avery Cyrus.

JoJo Siwa has quickly found herself in yet another rumored relationship online following her public breakup from her longtime girlfriend, Kylie Prew. For those who may not know, Siwa was seen hanging out with Avery Cyrus soon after Prew confirmed that they had been broken up for a few months.

Fans speculated that Cyrus and Siwa were more than friends when they published a mukbang video on the app. Within the video, Siwa is seen with a blue spot on her cheek soon after Cyrus ate a blue ice cream sandwich. Now, Siwa has been open about what her relationship with Cyrus is.

Although Siwa seemingly crushed the relationship rumors, fans quickly noticed that Siwa blushed before answering the question and her XOMG POP members giggled at the question. Fans speculate that Siwa may not have been telling the whole truth, due to the group member’s reaction.

Siwa has been quite busy since finishing Dancing With the Stars in November. Soon after the dance series, she formed XOMG POP, went on tour, and judged So You Think You Can Dance. It seems like Siwa doesn’t have any large projects coming up in the near future.

“They are a huge piece of my life now, careerwise but also personally,” she said. “These kiddos, all seven of them, have become family to me and they have such a love for what they’re doing right now and such a respect for what they’re doing right now that it just makes it all the better. They’re so talented and I just want to share them with the world.”

The XOMG POP girls say that Siwa has been an extremely humble and respectful mentor throughout their time in the group. They’ve confirmed that both JoJo and her mother Jessalynn have surrounded them with good people on their introduction to music. Although XOMG POP is no longer in the America’s Got Talent competition, the group continues to release music and perform live.