‘American Idol’s Longest-Running Judge Randy Jackson, Then and Now
November 2, 2021
Be the First to Comment 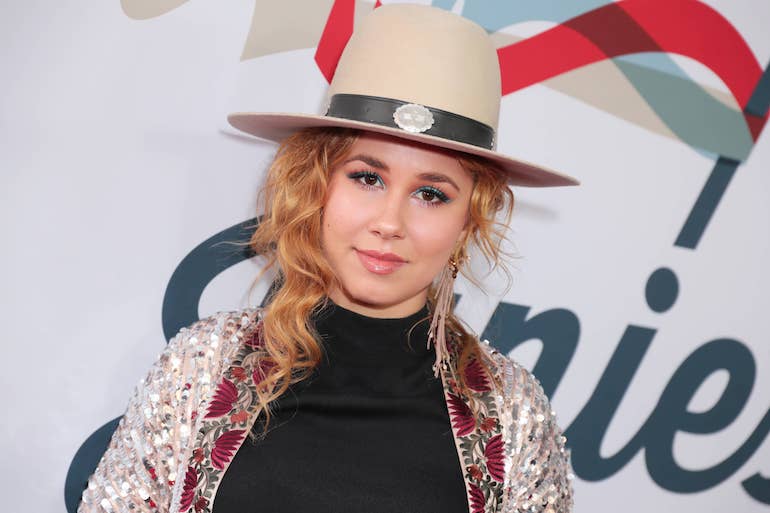 American Idol alum Haley Reinhart has a new single out, and its music video also happens to be her first short film as a co-director. Reinhart teamed up with famous filmmaker Robert Rodriguez on the project.

Reinhart, who placed third on Season 10 of Idol, also appears as two different characters in the new video, which features some dreamy visuals to along with the sound.

Reinhart’s new single is called “Off the Ground.” She shared on Instagram that Rodriguez, who co-directed the music video with her, is her favorite director. Reinhart teased the eight-minute video on social media in the days leading up to its premiere.

The short film features Reinhart playing two characters — a therapist and a patient. As the patient, she talks about her dreams and reveals that she sees her “higher self” on the beach with her head in the clouds. The therapist advises her to follow her inner voice, which is where the song begins.

The chill and uplifting songs shows off Reinhart’s beautiful voice, as she sings, “Gotta keep off the ground / All the dreams you want are real now / Gotta reach up through the highest cloud / Can’t imagine ever coming down.”

The singer shared her excitement about the new single on Instagram, writing, “My hope is that this song and the video will help inspire everyone listening to manifest their reality!”

SEE ALSO: WHERE ARE THEY NOW? ‘AMERICAN IDOL’S HAILEY REINHART HEADING SHOW AT THE TROUBADOUR

Where Has Reinhart Been Since ‘American Idol’?

After finishing American Idol Season 10 in third place, Reinhart released her debut album Listen Up! in 2012. In 2015, she toured with Postmodern Jukebox, and her jazz cover of Radiohead’s “Creep” was a hit. Her cover of “Can’t Help Falling in Love” by Elvis Presley also went viral after being used in a commercial for Extra Gum.

She’s since released three more studio albums, and has also voice acted as Bill Murphy in four seasons of Netflix’s animated series F is for Family, with a fifth season premiering this month. This year, Reinhart has also released the single “Roll the Dice,” and a cover of David Bowie’s “Heroes” featured in the Netflix movie We Can Be Heroes.

In September of this year, Reinhart released a Postmodern Jukebox performance of No Doubt’s “Don’t Speak” in a 1960s style. The powerhouse cover currently has over two million views on YouTube.

Simon Cowell Steps Back From ‘Walk The Line’ Judging Panel