Did Katy Perry Secretly Marry Orlando Bloom? The Reason Fans Think She Said “I Do” Privately
December 10, 2022
Be the First to Comment 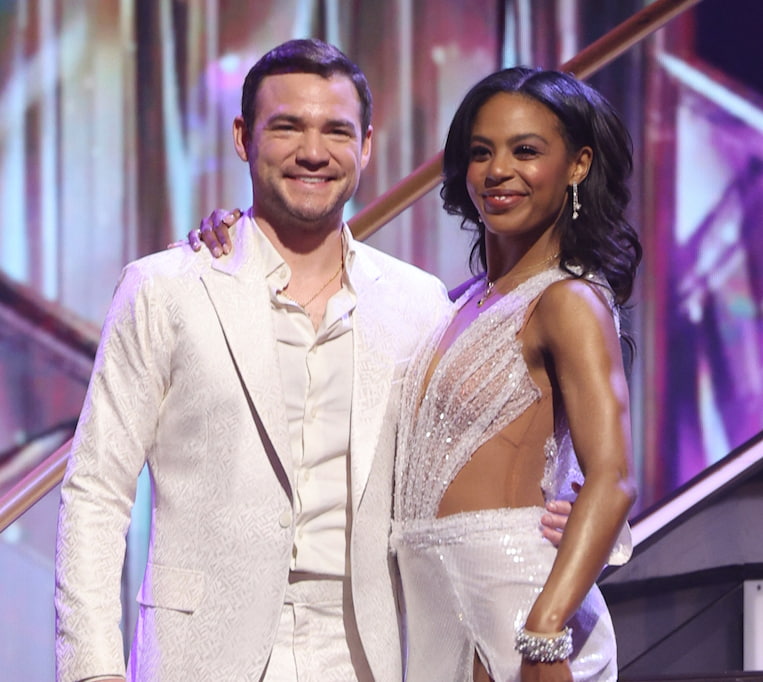 Former Dancing With The Stars dance partners Daniel Durant and Britt Stewart continue to hang out even after the show. Their close friendship has led fans to ship them romantically once again.

Fans are Encouraging the Former Dance Partners to Date

Both Durant and Stewart posted on their Instagram pages the recent live Q&A that they did together with Durant’s interpreter Gabriel “Gabe” Gomez. While the three of them are picking up questions and answering them, fans can’t help but notice the obvious chemistry between Durant and Stewart.

When a fan asked Durant to demonstrate his speaking voice again to the camera, Stewart made a comment that had fans going. Durant was initially reluctant to speak admitting that he didn’t want to be bothersome with his voice but did so anyway, and Stewart’s comments seemingly made it all worth it.

“I love your voice, and I said this the last time, that I love your laugh, and my name it just sounds perfect.” Stewart said to Durant.

Durant also made hints about their friendship, while answering a question on whether they have nicknames for each other. The CODA actor revealed what he always calls Stewart in their texts.

“I just thought of something, if we’re texting, I call her B-shine.” Durant revealed. “Because that’s like the sign, it’s the shine from my heart.”

Durant Opens Up About Special Connection with Stewart

The deaf actor shared his thoughts about his dance partner by revealing that they developed an incredible friendship in DWTS. He said that Stewart was there for him every step of the way even when he felt like he could be overcome by nervousness.

“Before the show I always have a bit of nerves, I have butterflies in my stomach,” Durant admitted. “As soon as the door opened, and I laid eyes on Britt and I could see her smiling and feel her warmth I knew that we would be a great team.”

Stewart on the other hand has been learning to do American Sign Language for better communication and teamwork with Durant. She has also planned to take proper ASL classes in the future, and continues to hang out with Durant.