Howie Mandel Reveals How He Really Feels About Working With Simon Cowell
August 26, 2022
Be the First to Comment 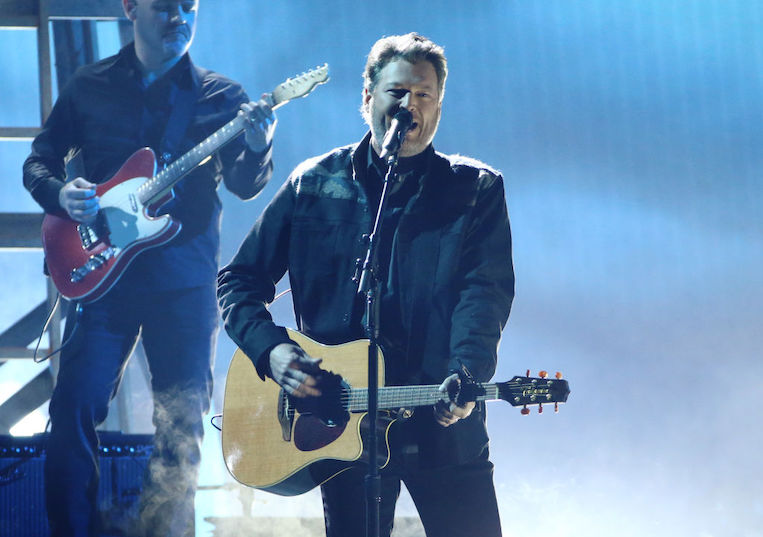 The Voice coach and country music singer Blake Shelton recently released a new music video for his song “No Body.” The song got the attention of fans for its early 90’s style and featured line dance. Luckily for the fans, the dancers from the music video recorded a tutorial on how to do the dance.

On August 23, 2022, the line dance tutorial for “No Body” was published to Blake Shelton‘s YouTube channel. To promote the video Shelton shared part of the tutorial on his social media accounts.

“Alright y’all I called in some backup to teach y’all the #NoBody line dance,” Shelton wrote in his Instagram caption. “That’s right.. free line dancing lessons so no excuses!!!! Watch the full tutorial on YouTube and let’s see what you got!!!”

As noted by Shelton, the tutorial video features the same dancers shown in the original music video. Complete with their cowboy and cowgirl outfits, the trio of dancers were led by Ashley. The dancers were able to showcase every step of the dance to the best of their abilities.

The country singer knew that fans were dying to get their hands on this tutorial, since the line dance was praised in the music video. Since he posted the tutorial to social media, it has gained thousands of views and likes. The tutorial video itself currently has over 195,000 views.

What Inspired the Line Dance to “No Body”?

Shelton shared how he felt about the song and the dance that comes with it on his Instagram. Within the post, he told fans that song “takes me back to the ‘90s when I was in high school and first moved to Nashville because it feels like what the music sounded like at that time.”

The singer also added that, “I remember saying to Scott Hendricks, ‘Wow, man, this would’ve had a line dance to it if it had come out in the ’90s,'”. Needless to say, what inspired the line dance to “No Body” was Shelton’s teenage years when country music was at its finest, and most country music fans were line dancing to songs with the same tune.