Luke Bryan Gave Katy Perry “Country Education” After She Eavesdropped on His Facetime Call
September 29, 2022
Be the First to Comment 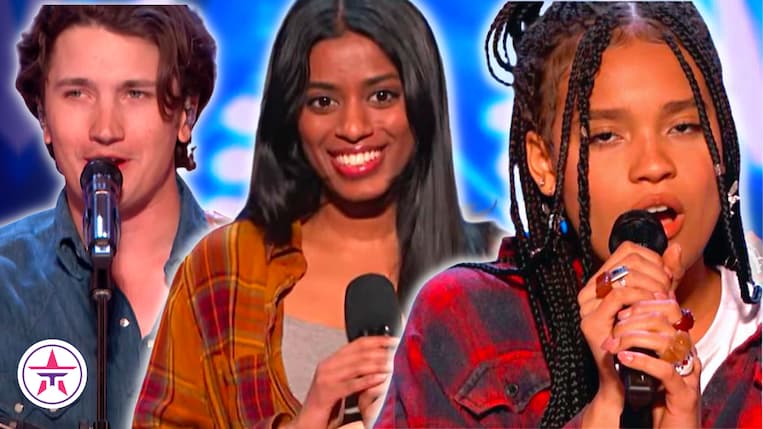 America’s Got Talent has featured some of the most talented singers throughout the show’s 17 seasons. Having a great voice paired with stunning compositions and expert instrumentation, these auditions delivered the perfect representation of great music. Let’s take a look at the top 10 best singing auditions from AGT 2022.

This country singer recently took third place on the latest season of AGT, after making waves during his audition. The audition featured his original song “Sounds Like Something I’d Do,” while playing the guitar with his band. Milligan’s country style singing and charisma along with Elvis-inspired dance moves received standing ovations from the judges all of whom gave him a “yes.”

Kristen Cruz performed an astonishing version of “I See Red,” by Everybody Loves an Outlaw, receiving standing ovations from the audience and judges. Cruz got all the judges to vote “yes,” with most fans saying she deserved a Golden Buzzer for the performance. All of the practice singing on TikTok truly paid off, making her audition one of the best there is.

From Cieri’s timid way of presenting himself, nobody would ever guess how much of a talented singer he actually is. A surprising showcase of his soulful and authentic singing of an original song followed, where he poured his heart and soul into singing. The performance moved the audience to tears and got all the judges present to vote “yes.”

Cieri announced on TikTok that he withdrew from the competition due to the producers changing the Nicotine Dolls brand.

The youngest singer on the list, the brave 13-year-old girl came all the way from Poland for her AGT audition. Despite the initial nervousness that the judges noticed, she went on to perform a gorgeous rendition of Billie Eilish’s “Lonely.” Simon Cowell commented that she had a real star glow about her, then he pressed the Golden Buzzer for the young singer.

The vocal trio of passionate country singers wowed everyone during their audition at AGT with their original song “You Can Have Him, Jolene.” Chapel Hart received a group Golden Buzzer from the judges and Terry Crews sending them straight to the live shows.

Ava Swiss opened up about being a survivor of a school shooting during her AGT audition and coping through singing. Swiss delivered a beautiful and emotional performance singing Lauren Daigle’s “Remember.” Following the unforgettable audition, all four judges voted “yes,” sending her to the next round.

Coming all the way from England, Lee Collinson’s audition consisted of singing Dermot Kennedy’s “Better Days.” His audition was met with a standing ovation from the audience and judges with Cowell signaling to call his mother to hear their decisions. One by one all the judges gave a resounding “yes,” to both Collinson and his mother on the phone.

Lily Meola‘s audition was an emotional experience for the singer, featuring her original song “Daydream,” which is dedicated to her mother who passed away. Her performance earned her Heidi Klum’s Golden Buzzer which sent her straight to the live shows.

During her audition, Freckled Zelda called herself a “music fairy” from the “Freckled Forest” as part of her roleplay. She sang “Colors of the Wind,” from Pocahontas while playing the ocarina which was unnecessary according to Cowell. All of the judges liked her voice during the performance, giving her four yeses of approval afterward.

Wyn Starks is a singer with a very high-pitched voice which he showcased during his auditions on AGT. Dedicating his audition to his twin brother who passed away, Starks’ sang an original song called “Who I Am.” His singing brought judge Sofia Vergara to tears, and the emotional performance with soaring vocals got praised with all judges voting “yes.”