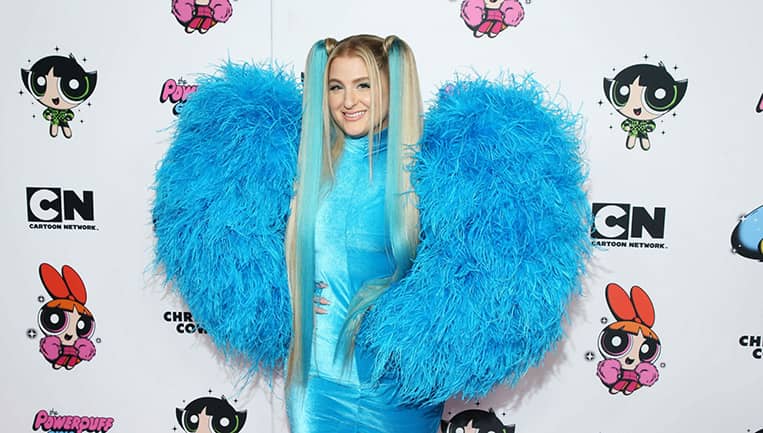 Clash of the Cover Bands is a new show coming to E! that sounds too good to be true. The show will pit two bands against each other in an awesome battle of cover songs in each episode. The bands will have the chance to earn $10,000. Fans will vote and decide which band will get to perform on The Tonight Show Starring Jimmy Fallon at the end of the competition.

Jimmy Fallon serves as the executive producer of the show along with Electric Hot Dog. The Clash of the Cover Bands premiere is set to air later in 2021. Each episode of the show will highlight a specific music genre and will feature a judging panel full of familiar faces.

Adam Lambert competed on the eighth season of American Idol in 2009 and has since become one of the world’s biggest rockstars. The 39-year-old is just one of the many music experts joining the Clash of the Cover Bands judging panel. He is currently singing with the legendary band Queen and is proof that talent shows can help launch careers.

Meghan Trainor is also slated to appear as a judge on the show. She has coached the ninth season of The Voice UK in 2020 and served as a guest mentor on the US version of The Voice. Trainor was a judge on both seasons of The Four: Battle for Stardom. With multiple mega-hits of her own and a beautiful new baby boy in her life, Trainor is ready to make her talent show return.

Ester Dean, a fan favorite producer on NBC’s Songland will now tackle Clash of the Cover Bands. She is a hitmaker, actress, and pretty much wins any award she is nominated for. A new season of Songland has not yet been announced. We are so happy to see the “Super Bass” writer on another talent show in the meantime.

Who Will Serve as Host of the Show?

Every new talent show needs a great host. Stephen “tWitch” Boss who currently serves as the DJ and co-executive producer of The Ellen DeGeneres Show will step into the host role for Clash of the Cover Bands. He got his start in show business competing on So You Think You Can Dance in 2008. He was brought back as an All-Star on the show throughout multiple seasons.

Boss is a fantastic choice to host the show because his personality is contagious. He and wife Allison Holker have been owning social media with their dance videos that make us jealous of their moves. Terry Crews and Nick Cannon now have some competition in the pool of best talent show hosts.