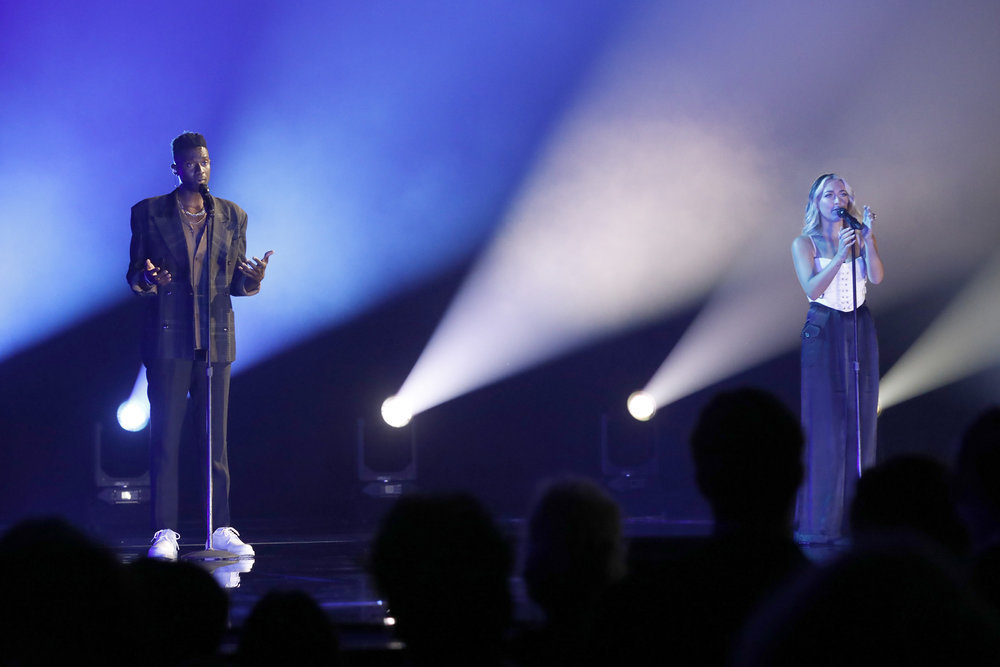 Vocal duo Ni/Co is officially heading to the Semifinals on American Song Contest, representing the state of Alabama with their song “The Difference.” The duet partners are also a real-life couple, and they’ve been wowing fans on YouTube for a few years now.

Ni/Co is made up of Dani Brillhart and Colton Jones. Dani grew up in Atlanta, and Colton has lived in several states including Ohio, where he went to high school. The singers met while attending Belmont University in Nashville.

They shared in an interview that Colton asked Dani to sing “Endless Love” with him for a class. Although she turned down the offer, the pair later reconnected at a party, where they bonded “over writing pop music in a mostly country music town.”

However, according to their NBC bio, Alabama is “where the duo discovered their love for music and one another.” They ended up performing around the Southeast before taking things to Los Angeles. Colton has previous talent show experience, as he appeared on Season 2 of NBC’s The Sing-Off with his a cappella group Eleventh Hour.

In a recent interview with ESC United, the couple revealed that they’ve been dating for seven and a half years now. Dani and Colton even ended their live performance of “The Difference” by sharing a kiss.

The Couple Made a Name for Themselves on YouTube

In 2019, Ni/Co started a YouTube channel. They explained in an interview that the channel was the “result of boredom and a ‘what do we do now’ type of feeling.” They said they never expected to gain the type of following they have. Currently, the channel has over 250,000 subscribers.

The duo uploads weekly covers of popular songs, including the recent Camila Cabello and Ed Sheeran duet “Bam Bam.” They even performed a duet version of Adele’s “Easy on Me.” They’ve also posted vlogs showing them shopping in Los Angeles and visiting Disneyland.

Ni/Co also records original music. They have several singles available to stream, including “this way” and the recent “my wants, my needs,” which is a new take on Christina Aguilera’s song “What a Girl Wants.” The duo’s music has even been featured on networks such as The CW and Freeform.

Ni/Co Wrote ‘The Difference’ During the Pandemic

Ni/Co told ESC United that they originally wrote their American Song Contest submission “The Difference” during the pandemic, before they were invited onto the show. However, they chose to “finesse and massage it to be the best version it could be.”

“Something you write in your bedroom on a piano is sometimes a totally different vision than on a giant stage with thousands of people watching,” they explained. The couple calls it their “song baby.”

Be sure to tune in to the American Song Contest Semifinals to find out if Ni/Co makes it even further in the competition.