Grimes Doesn’t Let Her Kids Call Her Mother, Calls Her by Name Instead
September 24, 2022
Be the First to Comment 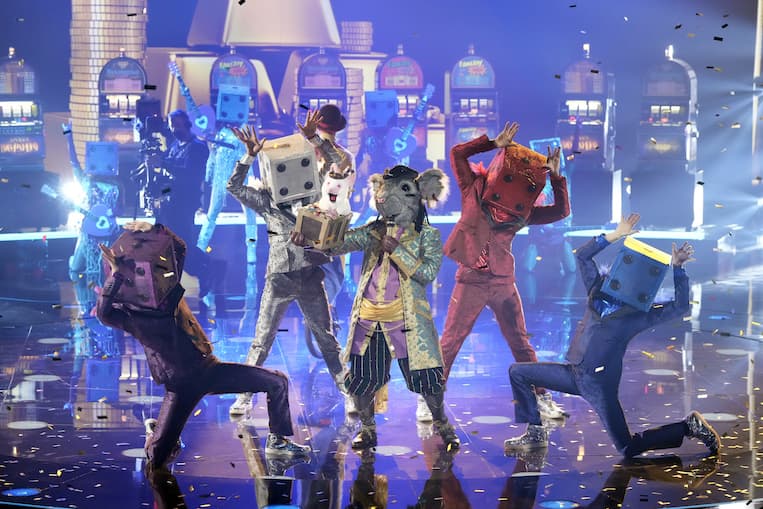 The Masked Singer returns for another cycle of wild and wacky fun for the eighth season of the show. With the 22 famous faces hidden inside over-the-top costumes ready to sing their hearts out for the panelists. This season brings with it several rules that each contestant to strictly follow to maintain their confidentiality.

The show’s executive producer Craig Plestis reveals the rules celebrity contestants, and panelists have to follow on the show. Here are the 20 rules The Masked Singer celebrities must follow to take part in the show.

Given that the show‘s main goal is to guess the identity of the hidden celebrity, there is obviously a ton of security involved. The security provides constant protection, so the contestant’s identity won’t leak out. This ultimately the most important rule for the show and it has been strictly enforced since the beginning of the series.

2. Judges and Contestants Are Separate at all Times

The production team puts a lot of effort into separating the judges from the contestants at all times. All the contestants are placed on a different part of the lot as the panelists. It is done to prevent any and all kinds of interaction from happening before going on stage for the show.

3. They Can Only Reveal Their Identity to a Select Number of People

4. They Can Never Speak Out Loud

This rule has the contestants speaking in whispers in the backstage during the show. They can only speak to their producers or their choreographer with a low tone of voice. This is done to help conceal the identities of celebrities with recognizable speaking voices.

5. Contestants Can’t Talk to Each Other

Even fellow contestants don’t know who they’re competing against, thanks to this rule. Contestants are not allowed to talk to other contestants under any circumstances, keeping their involvement a mystery to one another.

6. They Have Codenames, Even When the Judges Aren’t Around

The usage of codenames when referring to the contestants is a given and obvious rule to follow. This is without a doubt one of the most important rules and people have to wholeheartadly commit to it before starting.

7. They Have to Wear a Special Shirt When They Aren’t in Costume

When not in disguise, contestants are required to wear a special shirt that conceals their identity. The contestants must wear a sweatshirt with the words “Don’t Talk to Me,” written on the front. They also need to wear visors and hoods to assure total concealment of identity.

8. Contestants Get an Alternate Car to Drive to Set

Celebrity contestants are not allowed to drive their own cars to the show, but instead, get picked up by a blacked-out vehicle. They cannot be picked up from their homes either, and have to go to a third-party location to be picked up. The drivers don’t even know who they are picking up.

9. They Can Only Rehearse During their Allotted Time Frame

The contestants are given a scheduled time frame and that’s the only time they have for rehearsal. The production team works hard so that no two contestants rehearse at the same time on stage.

10. Contestants Must Disguise Themselves During Rehearsals

During rehearsals, the contestants must wear their costumes or their “Don’t talk to Me,” sweatshirts. This rule more or less reiterates the fact that each celebrity’s identity is also concealed from their peers behind the scenes.

11. Any Guest Must Also Conceal Their Identity

People associated with the contestant are also required to conceal their identity while on set. This rule applies to any family or friends that the contestant personally knows. Since many celebrities have very recognizable friends and family members, they are a huge hint for any super fan of the show.

12. Contestants Will Never Rehearse in Front of the Judges

In the same way, contestants are not allowed to talk to the judges, this rule prevents them from rehearsing near the judges. It is strictly followed that the first time the judges hear their voices is on stage during the show. This keeps the format fair, so no preconceived guesses can be given.

13. Contestants Must Choose Songs that Fit that Week’s Theme

Season eight will introduce all-new themed episodes, including “Vegas Night,” “Hall Of Fame,” “Muppets Night,” “Thanksgiving” and “Fright Night.” The contestants must choose the songs that best fit their voice while also falling under the current theme of the week.

14. Contestants Must Sing Live for Every Performance

The executive producer put this rule out for the show to deliver an authentic experience to the viewers. Contestants are not allowed to pre-record anything, but they are free to manipulate their singing voice on stage. They are also encouraged to distort their voices while speaking.

15. Each Costume Must be a Reflection of their Identity

Since the contestants are celebrities, they for sure have another project that could potentially expose their involvement with the show. They also have a lot of media following their everyday lives, and to the rule is given to avoid anyone from getting a glance at their costumes at home.

17. Contestants Must Complete an Interview with ‘Clue Producers’ Prior to Production

18. Each Celebrity Has To Read Their Own Clue Packages

The ones who get to read the hints in the clue packages are the contestants themselves. Their voices are distorted using different processes every time they need to speak. This is done to prevent any possibility for anyone to discern the celebrities’ voices.

19. They Can’t Have their Phones on Set

This rule does not only apply to the contestants but the judges and audience have to abide as well. Only a select few people are allowed to keep their phones. Security confiscates all cell phones before starting the show and continually monitors everyone.

Every person involved with the show including the contestants, judges, and staff needs to agree to sign a nondisclosure agreement. Then they are asked to keep everything about the show in total secrecy. They are only allowed any involvement when they agree to the terms that the producers put out.