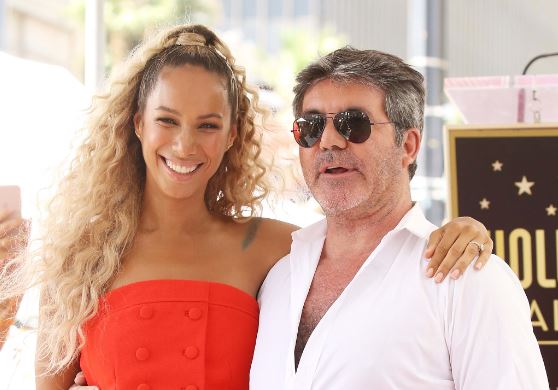 Simon Cowell has been in the music business since the 1980s, and his talent shows have shot several well-known singers to stardom over the years. Many of these artists have even signed record deals with Simon.

Because of this, Simon has gotten credit for discovering, mentoring, and managing a number of successful acts. Check out ten of the most well-known examples below, including both solo artists and groups.

We couldn’t talk about artists Simon has discovered without mentioning Sinitta. In the 1980s, Simon created Fanfare Records and signed pop star Sinitta, who gave him his first hit with “So Macho.” The pair also dated, and they remain friends to this day.

In 2006, Leona Lewis auditioned for The X Factor and ended up being mentored by Simon. She won the competition and signed a £1 million recording contract with Simon’s Syco Records. Leona released a cover of Kelly Clarkson’s “A Moment Like This,” which became the second-biggest single in the UK that year.

Susan surprised everyone in 2009 when she auditioned for Britain’s Got Talent with a stunning performance of “I Dreamed a Dream.” Although she didn’t win the competition, Simon Cowell gave her a record deal with his label Syco. Susan later called Simon “the best boss in the world.”

In 2010, the members of One Direction auditioned for The X Factor separately. The show put them together into a group. It was my idea,” Simon has said. “It was really weird. I just said, ‘Why don’t we put these guys into a group?’ It took 10 minutes!” Although they didn’t win the competition, Simon signed them to Syco, and the rest is history.

In 2010, this young classical singer became the runner-up on AGT, and later signed with Syco and Columbia Records. She returned to the Got Talent stage in 2019 for Champions, with Simon calling her performance “outstanding.”

This girl group was formed on The X Factor in 2011, and went on to win the show. They signed with Simon’s label Syco, and their debut single “Cannonball” topped the UK singles chart. The group worked with Syco until 2018, releasing several albums.

This girl group was formed on the American version of The X Factor in 2012. They finished in third place, and signed a joint record deal with Syco and L.A. Reid’s Epic Records. Simon had a hand in getting Camila Cabello onto the show. She had been placed on “reserve,” meaning her audition could be cut for time. Simon found her crying during a cigarette break and made sure she got to audition.

This singer won The X Factor in 2012, and signed with Simon’s Syco Records. He released a cover of “Impossible” by Shontelle which debuted at the top of the UK singles chart. Although he left Syco in 2014 after several controversies, James re-signed with the label in 2016.

After working as a writer and producer, this singer was signed to Simon’s Syco Records in 2010. This was significant, in that he was the first artist signed to the label in six years who hadn’t appeared on one of Simon’s talent shows. Labrinth has released two solo albums and formed the supergroup LSD with Sia and Diplo.

Howie Mandel hit the Golden Buzzer for this young singer-songwriter on AGT in 2016, but it was Simon Cowell who signed her to record her first album with Syco for Columbia Records after she won the show. She’s also released an EP and several singles since her win.

Kim Kardashian Is On A Vegan Health Kick Amid Divorce Rumors