The Four star Zhavia just released the most epic collaboration with rapper Lil Skies. The song “My Baby” is the perfect club anthem and we can totally see the song blowing up on TikTok in the future. This comes just as Zhavia is getting ready to drop a new single that she has been teasing on social media for weeks.

“My Baby” highlights Zhavia’s unique tone and swagger that fans first fell in love with when she joined The Four in 2018. Her voice blends into a beautiful harmony with Lil Skies towards the end of the song. Fans pointed out that if you really lend your ear, you can hear her singing backup vocals in the hook of the song.

But, we do have one major problem with the song “My Baby.” Why is it so short? At just two minutes and 12 seconds long it feels like a whole other half of the song needs to be recorded. Fans would love to hear more of Zhavia’s voice because this song is way too good to be this short! Maybe the whole point is to just continuously have this song on repeat this summer.

Zhavia has already collaborated with some major music superstars in her young career. She teamed up with Diplo and Lil Pump for “Welcome to the Party” which appeared in the movie Deadpool 2. She also collaborated with One Direction member Zayn Malik on the song “A Whole New World” for the live-action remake of the popular Disney film Aladdin.

She Teased Another New Song on Social Media

For the past year, Zhavia has been teasing that she is working on some exciting stuff for her fans. She posted several TikTok and Instagram videos to preview her new song “BIG GIRL$ DON’T CRY.” Fans are currently able to pre-save the single on Spotify and Apple Music. “BIG GIRL$ DON’T CRY” sounds like it will be Zhavia’s next big hit.

The 20-year-old gained a huge fan base after impressing the judges on The Four. She was eliminated way too early on in the competition and battled her way back onto the show. Even though she shockingly didn’t win the season, she has been the most successful artist to come out of the show.

“I feel like the new shit I’ve been making really embodies who I am and I hope you fall in love with it as much as I have,” she wrote on Instagram.

Zhavia also released the colorful cover art for “BIG GIRL$ DON’T CRY.” It features an animated version of her crying illuminated by teal lightening strikes. Her signature pink locks were nailed perfectly on this cover.

Everything to Know About Season 30 of ‘Dancing with the Stars’ 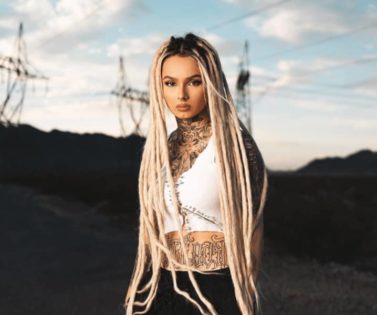