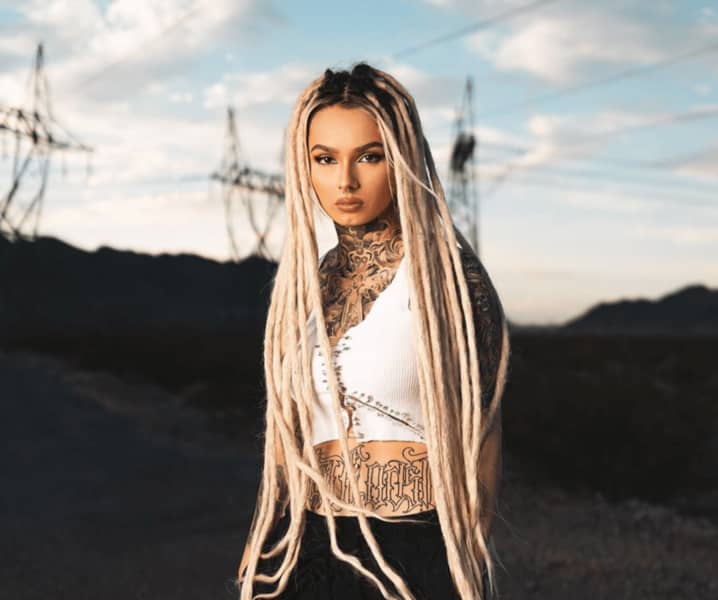 Zhavia Ward got her start on the show The Four and she has been on top of the world ever since. But, she shockingly revealed that she actually did not want to join the Fox show at first. The star aired it all out in her recent cover story for Inked Magazine where she looks breathtaking.

Zhavia Opened Up About Her Time On ‘The Four’

Zhavia immediately became a fan favorite to win The Four the second she stepped onto the stage to deliver her first performance of the song “Location.” She continued to dominate the competition until she was eliminated from the show in the most shocking turn of events ever. In a battle against Kendyle Paige, Zhavia who was battling a cold at the time was sent packing. But, thankfully, The Four realized the tremendous talent they lost after her elimination. They provided the opportunity for her to come back for a second chance. In the end, the audience voted for her to stay in the competition and it seemed like she was a shoo-in to win. In yet another shock, Zhavia lost the final battle against the eventual winner Evvie McKinney and fans totally think she was robbed.

RELATED: 16 YO SINGER ZHAVIA STUNNED THE WORLD ON ‘THE FOUR’ — WHERE IS SHE NOW?

“At first, I didn’t really want to do a show,” Zhavia said. “When I was younger I was definitely interested, but as I got older I strayed away from that idea because I wanted to try to make it by putting out music. Obviously, that’s really hard to do.” She continued on to say “It’s a whole different world from what I was used to, and TV is very demanding. I had to try my hardest and practice, even when I didn’t have any sleep and my voice was tired. A lot of the time on the show my vocal chords almost had nodules, so it was really hard emotionally, mentally and physically.”

She Also Spoke About Her Love For Tattoos

Of course, you can’t be featured in a tattoo magazine and not talk about your extensive tattoo collection. “Ever since I was a kid, I always knew that I wanted to be covered in tattoos,” she said. “That’s what I always dreamed of. The moment I was able to get a tattoo I just went for it and got my first tattoo on my hand, which is a black and yellow rose. I got it for my mom and it was definitely a painful place to get tatted for the first time.” She also wanted to highlight the cross tattoo she has on her neck and chest by Robert Pho.

“The first day we did my chest for 12 hours and then the next day he kept adding and we did another 12 hours,” she said. “I came back a couple of months later and he finished my neck. The whole process probably took 36 hours in all. It was really painful, especially since during that time I was having health problems.” Zhavia had appendicitis at the time and was getting very sick while sitting through the tattooing process. She was rushed into surgery to have her appendix removed.

SEE ALSO: ZHAVIA ON WORKING WITH ZAYN AND NEW MUSIC SINCE ‘THE FOUR’

We can all agree that Zhavia is a complete and utter bada** after sitting through such a long tattoo process. She also said her mother Bobbi Jo Black is learning how to tattoo. So, definitely expect to see more tattoos on Zhavia’s body that were done by her mother.