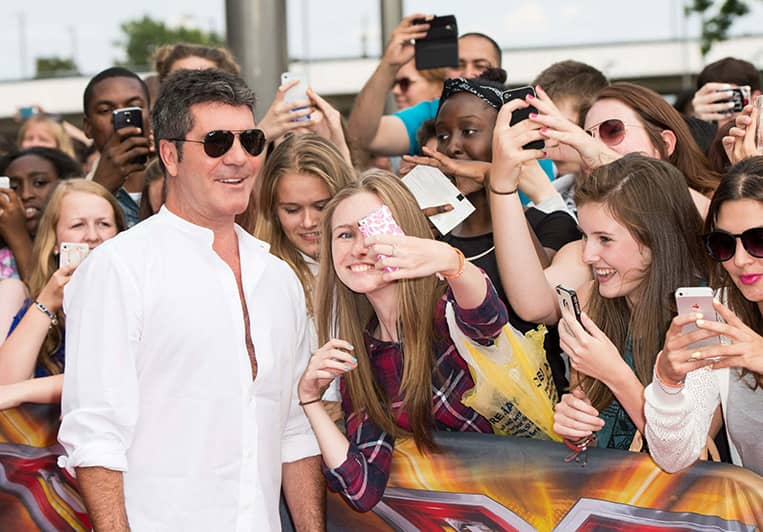 Calling all fans of The X Factor Israel and Simon Cowell! Now is your chance to sign up to audition for the upcoming season. Simon will be joining the judging panel on the show for the very first time. He appeared in an Instagram video to help spread the word.

“Hello, Israel and Happy Passover,” the 61-year-old entertainment mogul says in the video. “You have to sign up now to audition for The X Factor. It’s coming soon.” Before the video ends, Simon confidently says “I do know a star when I see one” with a smile.

Simon has found some remarkable stars on some of his many talent shows over the years. He discovered One Direction and Leona Lewis on The X Factor UK along with Fifth Harmony on the American version of The X Factor. Simon is ready to find the world’s next biggest superstar overseas.

“Over the years The X Factor format discovered amazing talents from all over the world, I can’t wait to see what Israel has to offer,” Simon told Deadline. This is the first time ever that Simon is joining a judging panel outside of America and the UK.

Simon previously broke his back last summer and had to recover from a six-hour surgery. During this time, he brainstormed new ideas and concepts for his talent shows. He is also working on a new talent show called 50 States to Stardom.

“I have had to use my brain more than any other time of my life both on the current shows we own and the new shows we are going to make,” he said. “I have had more time than I’ve ever had before so we have, for instance, three new formats which we didn’t have 12 months ago because I’ve had the time to work on them, develop them properly and the last time I did that or had the time to do it, honestly was around 2005 – which was about the time I came up with ‘Got Talent.’ I’m very excited.”

Simon previously sat out of last season’s ‘AGT’ and ‘BGT’ live shows to recover from his accident. You could find out more about Simon’s bike accident and recovery in the What’s Hot Video below.

Stay caught up on The X Factor Israel social media pages to find out how to audition for the show and when the deadline is. This is the opportunity of a lifetime!

WATCH Synchronized Swimmers On ‘BGT’ Perform In A Water Tank