FULL NAME: Laine Hardy
HOMETOWN: Baton Rouge, Louisiana
BIRTHDAY: September 12, 2000
AGE: 21
RELATIONSHIP STATUS:
NOTEABLE PROJECTS: American Idol
BIO: Laine Hardy became a household name during American Idol’s season 19. He didn’t originally plan to audition for the show, but the judges convinced him when he accompanied his friend’s audition on the guitar. Hardy impressed the judges throughout the weeks of the competition and even ended up winning. He is the third winner in history who auditioned for at least one previous season.

Hardy learned to play guitar at eight years old and began performing in a band by the age of 14. His band, Band Hardy, consisted of his brothers and cousins. Originally, he wasn’t a singer in the group. Since winning American Idol, Hardy has released several singles as well as his debut album. 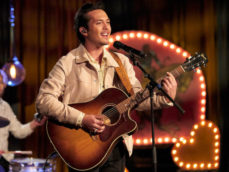