5 Obnoxious Contestants Who Refused to Leave Talent Show Stages
January 25, 2021
Be the First to Comment 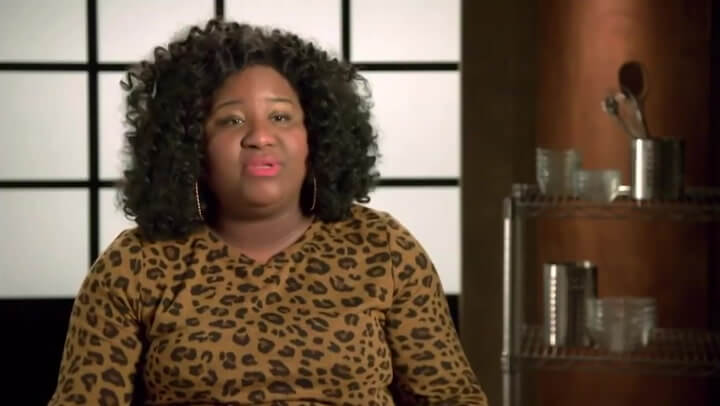 Ariel Robinson who won the 20th season of Worst Cooks In America was recently charged with homicide by child abuse. Her husband, Jerry Robinson, was also charged in the death of their adopted daughter Victoria Rose Smith. These arrests have resulted in streaming services pulling episodes of the show with Robinson from all platforms.

Police received a call last week about an unresponsive juvenile victim in the family’s South Carolina home. Once transported to the hospital, the 3-year-old victim was pronounced dead. The Greenville County Coroner’s Office determined the cause of death was multiple blunt force injuries. Arrest warrants pointed to the Robinsons for inflicting the injuries. Smith had spent most of her life in foster care before she was adopted by the Robinsons.

According to Fox, The Robinsons are currently being held at the Greenville County Detention Center without bond. The 29-year-old Worst Cooks In America winner previously spoke to Fox about her family and how they would tease her for her bad cooking. The interview states that Robinson is a mother to five children. According to  WYFF News 4, three of the children were recently adopted. On Instagram, Robinson posted that the three children were siblings. The family posed together on Christmas before welcoming their new additions and becoming a family of seven.

“If you don’t have thick skin being in this family your feelings might be hurt, bit when you’ve heard it all… it was just another day,” Robinson said in an interview. “I always compare it to college because we were all away from our responsibilities, away from our kids and our families. We had somebody else doing our laundry, just like when you come home on weekend and your mother did your laundry.” She was also known to post about parents loving their children and supporting them. “Every child deserves love,” she wrote on Instagram. She was a former ELA teacher at Sanders Middle School.

Episodes Of The Show Have Been Pulled From Streaming Services

The Food Network Show, Worst Cooks In America, which has previously awarded Robinson $25,000 for winning is now pulling all episodes featuring her from streaming platforms. This includes Discovery+, Hulu and YouTube along with the Food Network website. The show features amateur chefs who take on new skills and become better cooks. Robinson showed improvement during the competition and bested all of the other chefs to bring home the title.

Robinson was crowned the winner of the 20th season on August 2, 2020. The season was previously filmed in February 2020 and Robinson went by the name “Ari” on the show. The 21st season of Worst Cooks In America is currently airing on television.

The South Carolina Department of Social Services is carrying out an investigation and “taking appropriate action with any children remaining in the home after evaluating safety and risk.”