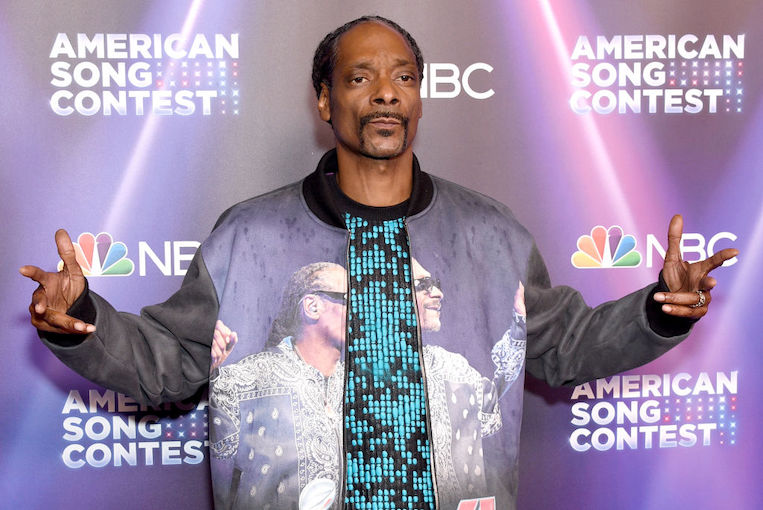 Snoop Dogg just published his first ever music video taking place entirely in the Metaverse. It seems as if this is the first of many Metaverse appearances for this rapper.

Right away, you’ll notice that this music video differs from others. Instead of seeing Snoop Dogg within the beginning of the music video, it’s focused on his Sandbox game avatar. For those who may not know, Sandbox Metaverse is a collection of virtual worlds that any person can create, sell, and monetize for NFTs aka money. In short, it’s a gaming platform where any person can create a world or character to sell for cryptocurrency.

Snoop Dogg’s Metaverse music video begins with his avatar sitting on a chair, talking on the phone. It then quickly moves into what’s known as the Snoopverse, which was created within the game. The house features an indoor pool, plenty of women, and even a concert venue. The location, Snoopverse, is extremely detailed, so I wouldn’t be surprised if hours went into its creation.

One of the reasons “House I Built” takes place in the Metaverse is because Snoop Dogg mentions it in the song. During one of Snoop Dogg’s non-avatar appearances, he’s seen playing the game on a computer while smoking.

Why Did He Release a Music Video in The Metaverse?

On a deeper note, Snoop Dogg has attributed his life and career create similar to creating on Sandbox. Snoop Dogg clarified that life (in and out of the virtual world) is about making the most of every opportunity. Along with this music video, the rapper created the Snoopverse.

On top of this music videos in the metaverse, Snoop Dogg is set to perform in his debut Metaverse concert within Sandbox games later this year. This rapper announced the creation of Snoopverse in September 2021. While announcing the futuristic world, he noted that Sandbox is the future of hangouts, NFT drops, and exclusive concerts. Reports state that the Metaverse user P-Ape purchased a digital plot of land in the Snoopverse for $450,000 in early December.

Along with Snoop Dogg’s music video came an exclusive access for fans to gain access to his virtual world. There are currently two ways to access the world, by purchasing either the Snoopverse Early Access Pass or the Snoop Private Party Pass. Both options are over 1,000 U.S. dollars.

The Snoopverse Early Access Pass provides fans with early access to the world, access to the development process, exclusive NFT drops, whitelist access to avatar NFT drops, an invitation to the Cozomo Art gallery opening, a multiplier on staking and rewards in the Snoopverse. This pass currently costs $1821.75. For less benefits, fans can purchase the Snoop Private Party Pass. This pass is currently $1,373.09 on NFT platform, OpenSea.