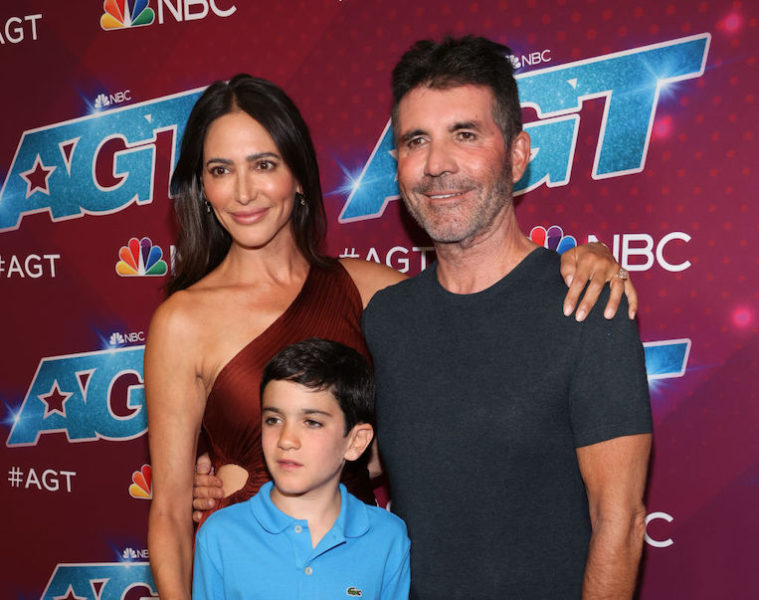 Talent show judge and media mogul Simon Cowell is quite the ladies’ man. In fact, there are reports that he’s slept with as many as 2,000 women, as he said he hooked up with two women per week in his “good times.”

We’re not sure if that number is accurate, but Cowell has certainly been linked to plenty of women in his day, many of them famous. Take a look at his dating history below, all the way up to his current partner Lauren Silverman.

In 2011, model Paula Hamilton shared that she had lost her virginity to Simon Cowell in the 1970s, when she was 16 years old. The pair grew up together in Hertfordshire in the UK. She said he protected her from bullying as a child.

“I couldn’t read or write until I was 11,” Paula explained. “So I was called stupid and bullied by teachers. Simon was really important to me because he stopped them picking on me.”

This model, who dated Cowell back in the 1970s, has remained friendly with him over the years. He was photographed kissing her in 2011, right in front of his then-fiancée. St. Clair has also feuded with Cowell’s ex-girlfriend Sinitta. They both reportedly wanted to be godmother to Cowell’s son Eric. (Sinitta ended up getting the honor.)

Cowell has dated this pop star on and off since the 1980s, and they’ve remained friends. Sinitta has said she struggled with jealousy of other women, and recently revealed she wasn’t sure they were totally over until Cowell’s son Eric was born.

“I would never come between his family,” Sinitta said, adding that she “adores” Eric. However, she also shared, “[Lauren] and I were best friends. I’m really happy for them, but it was hard and caused a fallout.”

Tabloids have reported that Cowell dated this Page 3 model for three years after meeting her in 1995. He apparently asked Payne to marry him, but the relationship fell apart after she said she wanted to start a family. He wasn’t ready, and sources say he was “heartbroken” over the split.

Cowell dated Seymour from 2002 to 2008. Seymour has worked as a reporter for the entertainment show Extra since 2004. She and Cowell have remained friendly over the years, and she has even interviewed him on several occasions.

After splitting from Seymour, Simon Cowell says he had a fling with X Factor judge Dannii Minogue. “I had a crush on her. It was Dannii’s hair, the sexy clothes, and the t**s,” he recalled. “I was like a schoolboy. She was foxy. She was a real man’s girl. Very feminine. It was genuine love.”

Mezhgan Hussainy was a makeup artist on Cowell’s show American Idol. They were engaged, but broke things off in 2012, at which time Cowell reportedly gave her a £5 million house as a parting gift. The couple apparently argued a lot, and Cowell said the relationship was a “big mistake.”

“I’m attracted to crazy women. I encourage crazy behavior and I make them crazy,” he said. “I’m attracted to certain personalities who are difficult to control. So there are tantrums, tears and fights, which is all part of the drama. My life is really odd.”

Cowell and Electra reportedly dated from December 2012 to February 2013. There are reports that they called it quits after Electra found him with his current partner Lauren Silverman. However, Electra has nothing but nice things to say about Cowell, calling him “awesome and very charming.”

It looks like Simon Cowell has finally settled down. He’s currently with socialite Lauren Silverman, after being introduced by her ex-husband Andrew. The couple reportedly divorced over adultery after Silverman became pregnant with Cowell’s child.

The couple has an 8-year-old son named Eric, who often appears with his dad at the judging table for his shows America’s Got Talent and Britain’s Got Talent. Last Christmas Eve, Cowell proposed to Silverman, and the couple is now engaged.