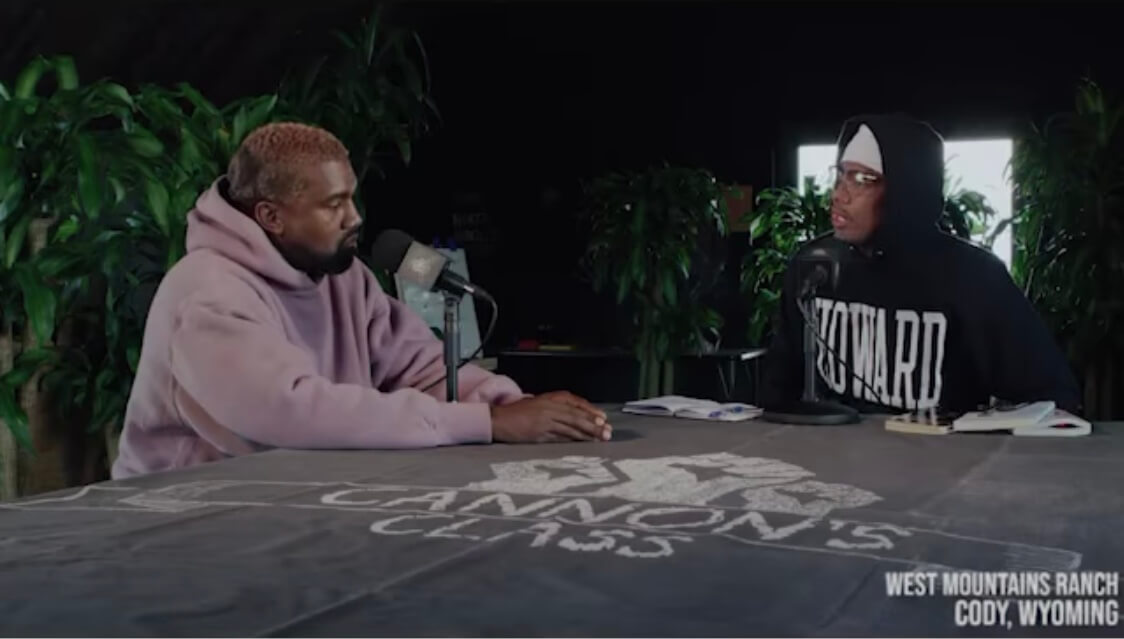 On Instagram, Nick Cannon teased a clip of him sitting down with Kanye West to talk about running for president. Both stars have been making headlines a lot recently for different reasons but also chatted about how their friend Stephanie Mills had some negative things to say about them on Instagram.

On this episode of Cannon’s Class, Nick and Kanye get into a discussion about his presidential bid. Nick said that people have called both of them crazy. Nick was particularly hurt that Stephanie said he and Kanye were “paid slaves” and that Kanye should “go home.” This prompted Kanye to respond to her comments. “My last name is a slave name. Where exactly is home, Stephanie?” he asked. Kanye also shot down rumors that he is being paid to be a distraction in the presidential election. “I’m not running for president, I’m walking,” Kanye says before the clip ends. Stephanie’s comments came after Nick voiced his support for Kanye’s presidential bid.

“First, I know that Kanye is suffering mentally. I know that he’s swinging high and low and I really pray and hope that he gets help,” she said in an Instagram video. “But I must say that I’m disappointed because if he’s trying to help our community by running for president, it’s not helping our community.”

“I don’t understand it. Kanye’s being paid to do what he’s doing. Now are we to believe that you’re also being paid to be a distraction? You guys are acting like little boys in a sandbox with toys. But being that you’re acting like that” she said. “Nick you should know better because you’ve learned and listened to the teachings. So you should know better. We have no time for you two to be out here acting like little paid slaves. I said it.” The ‘Masked Singer’ host also posted another clip with Kanye saying he will never talk bad about him or another black person in the media.

SEE ALSO: AFTER BEING FIRED FROM VIACOM, NICK CANNON IS SUING FOR HOW MUCH?

Both Nick And Kanye Have Been Making Headlines Recently

Both Nick and Kanye have been causing quite the stir for different reasons lately. Nick was previously fired from Viacom after making anti-semitic remarks on Cannon’s Class. He ultimately apologized which saved his job on The Masked Singer. Kanye has been ringing mental health alarms after he announced his presidential bid on July 4. This came with a slew of tweets about his wife Kim Kardashian and how she almost had an abortion when she was pregnant with daughter North West. Their marriage seemed to be on the rocks as Kanye also tweeted about mother in law Kris Jenner and her boyfriend Corey Gamble. But after spending some time at his ranch in Wyoming, Kanye is still adamant about running for president.

Nick and Kanye’s episode of Cannon’s Class drops on September 1. Nick is also gearing up to host season four of The Masked Singer which returns to Fox this fall.

When Will BTS Perform ‘Dynamite’ On ‘America’s Got Talent’ Live Shows!?