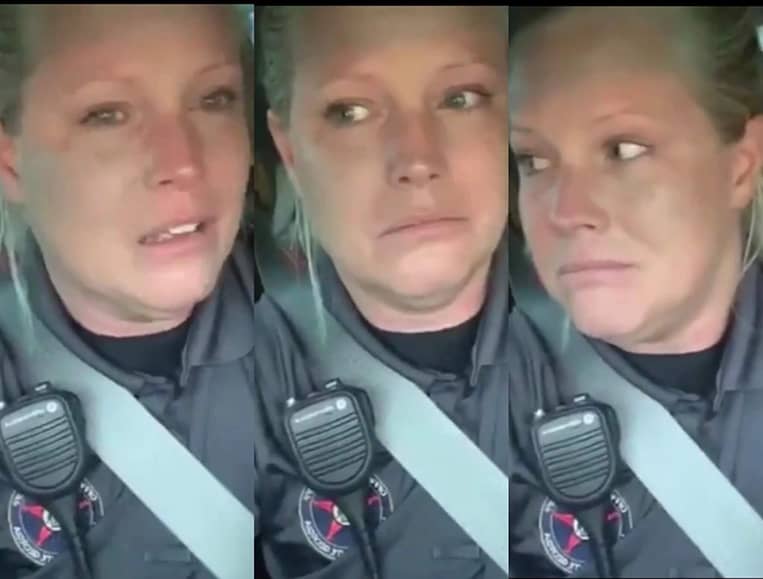 With all of the turmoil going on all over the world as people fight for justice and change, there has been a ton of news surrounding cops lately. One cop named Stacey, detailed her experience while in line at the drive-thru at McDonald’s. For her, it heightened her nerves and anxiety when she had to wait a long time for her order.

After getting off of her shift, Stacey stopped at McDonald’s to get something to eat. She placed a mobile order and waited for her food. But, it was the waiting that really got to her. She said that she waited for a very long time just for a small food order and this really heightened her anxiety. After repeating her order to the woman at the drive-thru window, she was told that her order was not yet ready. “I haven’t eaten in a while so I was kind of hungry” Stacey said before explaining that she had a long shift and has been up for a while. She was expecting her English muffin sandwich and coffee not to take so long. Finally, she pulled up and an employee brought out her coffee without the sandwich.

SEE ALSO: ‘AMERICAN IDOL’ WINNER JUST SAM EXPLAINS STANDING WITH POLICE AND RE LIVES HER ‘WORST RUN-INS’ WITH THE COPS

At this point in the video, she started crying while talking about her McDonalds experience. She told the worker “Don’t bother with the food because right now I’m too nervous to take it.” She continued on with the video to say “It doesn’t matter how many hours I’ve been up. It doesn’t matter what I’ve done for anyone, right now I’m too nervous to take a meal from McDonald’s because I can’t see it being made.” She was very visibly distraught and scared in the video.

Stacey Was Full Of Fear After Drive-Thru Experience

“I don’t know what’s going on with people nowadays but please, just give us a break. I don’t know how much more I can take,” she said. Stacey has been a cop for 15 years and said that she never had anxiety like this waiting for her McDonalds order to be ready. “If you see an officer just tell them ‘thank you’ because I don’t hear thank you enough anymore,” she said before ending the video.

However, some people on the internet could not sympathize with her and labeled her as “Officer Karen” because they feel like there are far more important things that are going on than her food being delayed.

This woman’s video comes after several police officers accused Shake Shack of poisoning their milkshakes. The three officers were taken to the hospital after consuming the shakes which they believe were laced with a toxic substance. The New York Police Department launched an investigation to find out if these allegations were true, but found no evidence that pointed to toxic substances such as bleach used by Shake Shack. Officers even went through garbage cans outside of the popular food chain to see if they could find anything suspicious. The company said their sickness could have been due to one of the machines in the restaurant not being cleaned properly before use and cooperated with the investigation.

It’s safe to say that some cops are scared that people are trying to intentionally poison them or hurt them.

SEE ALSO: VIDEOS OF POLICE PRECINCT IN MINNEAPOLIS ON FIRE TO SEEK JUSTICE FOR George Floyd HAS TWITTER REACTING

This comes after George Floyd died after Derek Chauvin held him down with his knee during an arrest in Minneapolis which made national headlines. Protests were held all over America, as well as overseas to seek justice for Floyd’s death with some of them even turning violent and raising more questions about police brutality.