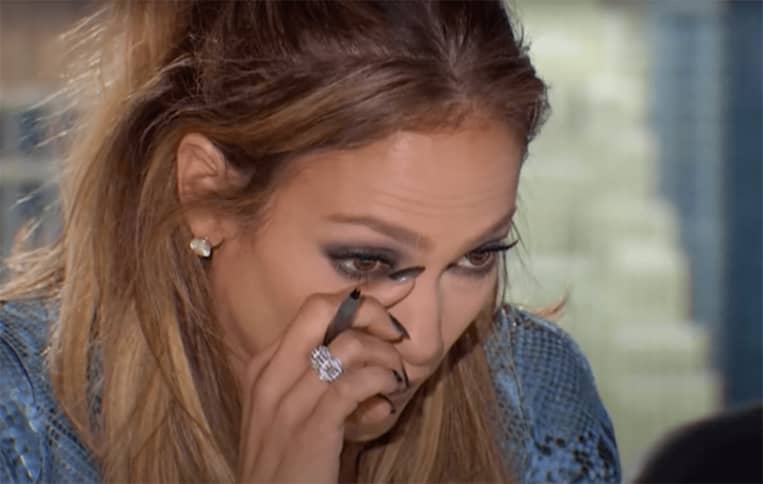 Hollywood Anderson shared an original song during his American Idol audition in 2015. While the song was amazing and made Jennifer Lopez emotional, so was his story about overcoming homelessness. Where is Hollywood today?

Hollywood’s original song called “My Best Friend” was about a girl that he fell in love with in college. He launched into the tune with incredible vocals and guitar playing. Jennifer was wowed throughout the entire performance and even looked like she shed a tear. She just went straight into her critiques and praised Hollywood for his songwriting skills. “I was like I want that song I want to record that song tomorrow, but I don’t want to, I just want to hear you sing it,” she said. Harry Connick Jr. called it “the best audition” at that point so far in the competition.

He then opened up to the judges about how he had been homeless for two years living in New York City. Covenant House is the largest privately-funded agency in the Americas that provides homeless youth with resources. They gifted Hollywood with the guitar he used during his American Idol audition. Hollywood made it to the Hollywood round where his performances shockingly earned him some harsh critiques. It was a shock since his audition was so memorable and amazing. He failed to advance to the Top 24.

While Hollywood’s journey on American Idol was cut rather short, that has not stopped him from putting out his own original music. “I love Ellen, I want to be on Ellen,” he said after his time on the show. “Also, I want to sing for the Obama’s and make Michelle and his daughters cry and say, ‘Hollywood did it.'” He continued on saying “People can definitely rise out of homelessness, and they do so every day when they receive the right opportunities and help.”

He recently posted on Instagram “I recorded a song 7 years ago in the shelter where I was living 12 million streams later I decided to complete my vision for the record. September 10th Weed & Hennessey will change the world.” As for the style of music that he now performs, it varies. “I write music from a very personal place, even if it’s a more pop-y sounding record,” he said. “All my songs are heavily emotionally drawn. I write records that are pop; I also write rap songs. I like to rap as well and not a lot of people know that.”

He also recently had a jam session with friend Goldie Scott.

Hollywood’s personality and positive attitude coupled with the fact that he has an incredibly unique voice will definitely push his career to the top of the music world someday. Look out for his new music because it is totally worth listening to.

Dr.Phil Begs Fans To Stop Calling Him ‘Daddy’ On All Of His Posts