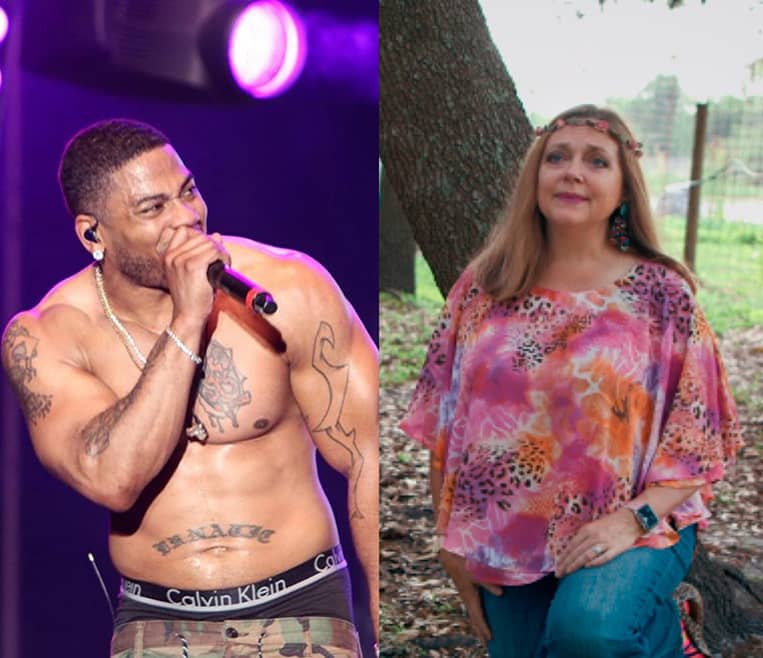 Everyone is excited to see celebrities put on their dancing shoes and compete on season 29 of Dancing With The Stars. However, this years Good Morning America cast reveal featured some faces that nobody would ever guess. Check out this unexpected cast reveal.

Perhaps the most shocking name of all that will be competing this season is Tiger King star Carole Baskin. The CEO of Big Cat Rescue that made global headlines after people assumed she killed her husband Don Lewis for money after he disappeared. However, authorities never found enough evidence to prove this.

Another Netflix star is joining the Dancing With The Stars cast this season. Monica Aldama, the coach of Navarro College’s elite co-ed cheerleading team featured in the show Cheer is taking on the ballroom. Monica definitely has an edge because she knows what makes a great performance and is always pushing her cheerleaders to do their best. Rapper Nelly is also strapping on his dancing shoes this season. The 45-year-old has had a long and successful career and we definitely think he’ll be dancing to some of his greatest hits.

SEE ALSO: WILL DR. ANTHONY FAUCI BE ON SEASON 29 OF ‘DANCING WITH THE STARS’?

Next up is Chrishell Stause, a name that nobody saw coming. She has very publicly been involved in a divorce from This Is Us star, Justin Hartley. The real estate agent had her divorce play out in season three of Selling Sunset, but it will be interesting to see the real her behind all of the drama. Actor Jesse Metcalfe who had had a rough past battling alcoholism is slated to dance. He was involved in controversy in January 2020 when it was believed that he cheated on his wife Cara Santana. The pair split after 13 years together after he was spotted getting cozy with two women. But, we all know Dancing With The Stars loves a good redemption story.

Who Else Is Set To Join ‘DWTS’?

What would the show be without some athletes showing everybody that they have more skills than what they display on the field. NBA star Charles Oakley has had an extensive basketball career. Will his dance moves measure up to the rest of the competition? Vernon Davis, a 13 year NFL veteran helped the Denver Broncos win Super Bowl 50. Now, he is looking to bring home the Mirrorball Trophy on this season of Dancing With The Stars. Figure skater Johnny Weir is trading in his skates for dancing shoes this season. The two-time Olympian has a great chance of winning due to his training and fluidity in his movements that he used in his figure skating.

Disney star Skai Jackson, who is the face of one of the most viral memes of all time is competing this season. The 18-year-old first made a name for herself starring in Jesse and is the youngest contestant this season. Also appearing this season is Anne Heche the actress most known for her romance with Ellen DeGeneres. Jeannie Mai, host of The Real will be trading in her microphone to learn some ballroom this season. After celebrating her engagement to rapper Jeezy, she could be celebrating a ‘DWTS’ victory soon enough. And did anyone say Catfish? The host of the very popular MTV show Nev Shulman is also taking part in this season. Latina actress Justina Machado who recently appeared in Superstore rounds out the Good Morning America cast announcement.

Before the rest of the cast was announced, we already knew Kaitlyn Bristowe, star of The Bachelorette would be joining season 29. She was told live by The Bachelor host Chris Harrison, fulfilling a dream that she thought was impossible. It was also previously announced that Backstreet Boys member AJ McLean would also be taking the dance floor this season. His bandmate Nick Carter was on the show in the past and had some amazing moves so fans have high hopes for AJ.

Pro dancers Artem Chigvintsev and Sharna Burgess who were cut from the show last season will be making their return. Other pros that will be joining the competition are Keo Motsepe, Emma Slater, Sasha Farber, Brandon Armstrong, Jenna Johnson, Val Chmerkovskiy, Pasha Pashkov, Peta Murgatroyd, Gleb Savchenko, Cheryl Burke and last years winner Alan Bersten. Daniella Karagach and Britt Stewart have been promoted to pros this season. It was also announced that Tyra Banks would take over hosting duties a longtime hosts Tome Bergeron and Erin Andrews were ousted from the show. The show is headed in a new direction though many are upset over this hosting change.

SEE ALSO: WATCH KAITLYN BRISTOWE SHOCKINGLY JOIN ‘DANCING WITH THE STARS AND REFLECT ON ‘THE BACHELORETTE’