How Paige VanZant Made More Money on ‘Dancing With The Stars’ vs. All Her Fights In The UFC? 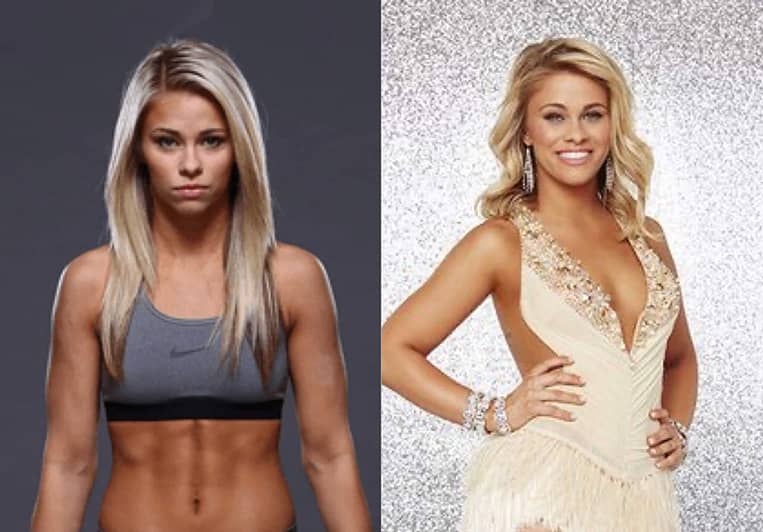 Paige VanZant isn’t just a bada** women’s flyweight UFC contender. She showed off a new kind of footwork when she headed to the ballroom on season 22 of Dancing With The Stars. Though she has acquired quite the fanbase from both the UFC and ‘DWTS,’ she has not been shy opening up about which opportunity has led her to make more money.

Did Paige VanZant Make More Money From ‘Dancing With The Stars’ Or UFC?

Paige has been pretty open about her earnings lately after frustrations that she has been fighting under the same contract for six years. “I’ve been with the UFC for six years now, and through this time I’m still – which is crazy – on the same contract before I fought Rose [Namajunas] at 22 years old, and I’m 26 now,” she said on Ariel Helwani’s MMA show. This contract helps her rack in $46,000 if she shows up to a fight and another $46,000 if she wins the fight. But Paige believes she is worth more and hopes that a new contract is on the horizon. “Why would I step away from all the amazing success that I have? I made more money on Dancing with the Stars than I have in my entire UFC career combined – every fight, every win, every bonus,” she continued on to say.

Paige finished second on Dancing With The Stars with partner Mark Ballas and really was a force to be reckoned with on the dance floor. “I make way more money sitting at home, posting pictures on Instagram than I do fighting,” she said. The blonde beauty works to promote several brands in paid ads on Instagram. “I want a significant pay raise, to be completely honest,” she added. “I’ve just been extremely accomplished outside of the UFC, as well as inside of the UFC. Five wins in the UFC, four finishes, I’ve been main event twice, and I think someone with those accolades should be paid more.”

According to Variety, Dancing With The Stars contestants make a starting rate of $125,000 from rehearsals all the way up until week two of the competition. If the contestants are voted to stay by America, they earn additional money each week. There are some restrictions though because the maximum a contestant can earn is $295,000. In previous seasons of the show, this number was a lot greater because it had a bigger fanbase and more viewers. On previous seasons, some contestants made close to $345,000. So, it does make sense that Paige credits the show for paying her more than the UFC.

SEE ALSO: 10 ‘DANCING WITH THE STARS’ MOST CONTROVERSIAL ELIMINATIONS EVER

Paige is set to fight on July 12 at UFC 251 against Amanda Ribas after healing from surgery and a broken arm. This is the last fight on her current UFC contract and she hopes to strike a new deal before testing her free agency.

Ever Thought Of Auditioning For ‘American Idol’? This Year May Be Your Best Shot