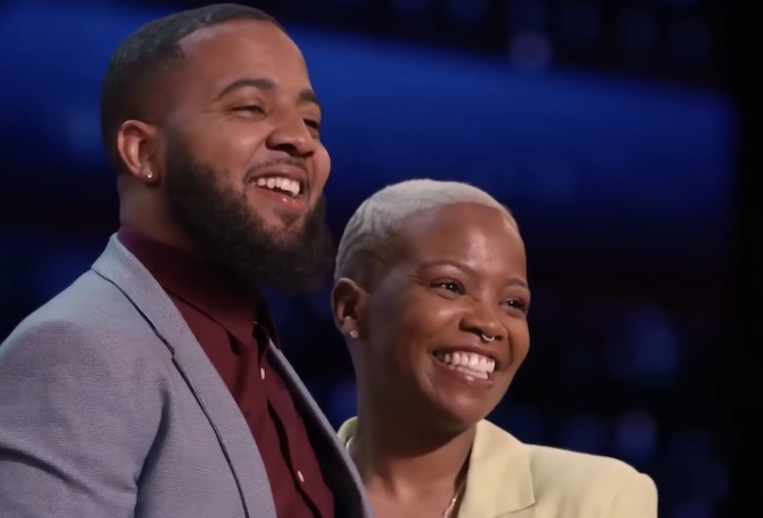 Roslyn Singleton, wife of America’s Got Talent Season 16 singer Ray Singleton, has sadly passed away at age 39 following a battle with brain cancer. The couple tugged on viewers’ heartstrings with their story, having previously appeared on The Ellen DeGeneres Show.

Earlier this week, Ray took to Instagram to share that Roslyn had passed away on Tuesday, November 15. As he wrote in the caption, “WELL DONE!! Our wife earned her wings yesterday while peacefully sleeping right at home where she wanted to be.”

“She’s where we’re all trying to get one day so no need to be sad!” Ray told followers. “Now we celebrate her legacy, her impact, her story & HER SPIRIT! She will LIVE FOREVER!!”

Ellen DeGeneres, who first hosted the couple on her show in 2020, also posted on Instagram reacting to the news of Roslyn’s death. The comedian wrote, “She was such a light in the face of really difficult circumstances. I hope her memory inspires you the way it inspires me.”

SEE ALSO: RAY SINGLETON ANNOUNCES HE IS OFFICIALLY OUT OF ‘AGT’ BUT HAS NEW MUSIC ON THE WAY

The Singletons went viral in 2020 after Ray posted a video of himself singing to Roslyn as she prepared for surgery during her battle with brain cancer. They ended up being interviewed on The Ellen DeGeneres Show, and in 2021 Ray auditioned for America’s Got Talent.

Ray told the judges that Roslyn was a Navy veteran and shared that she was cancer-free at the time. For his audition, Ray sang “I Am Yours” by Andy Grammer while playing the keyboard. Roslyn, who was standing off stage, cried as he performed.

“He’s been practicing every day,” Roslyn said when judge Simon Cowell asked what she thought of her husband’s performance. “And I’ve never heard him sing so good.”

All four judges voted “yes” to sending Ray through to the next round. However, he wasn’t chosen during the Deliberations stage, so he didn’t get to perform in the Quarterfinals. Earlier this year, he and Roslyn also appeared on OWN’s Black Love.