‘DWTS’ Recap: Louis Van Amstel’s Return to The Ballroom Was Short Lived
March 2, 2022
Be the First to Comment 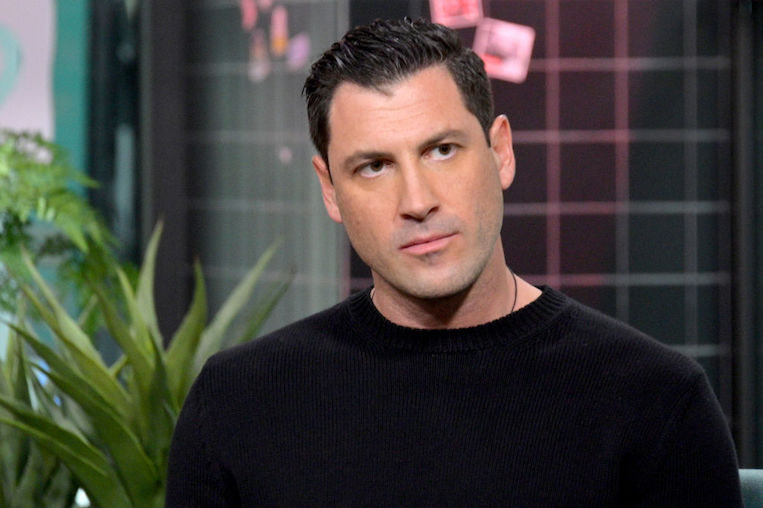 Maksim Chmerkovskiy continued to update fans on his whereabouts throughout the Russian attacks on Ukraine. On March 1, he shared via Instagram that he made it onto a train bound for Poland. Since then, the former Dancing With the Stars professional confirmed he is safely in the neighboring country.

The 42 year old dancer shared via Instagram that he had gone 36 hours without sleep during his exit from Ukraine. To share his experience of leaving Ukraine amid the Russian invasion, Chmerkovskiy published a 26 minute long video. Within the video, he shared that he finally made it out of Ukraine after a 23-hour ride from Kyiv to Poland’s capital, Warsaw. The dancer began his video out expressing that he is good, but later explained that leaving his native country was traumatizing.

When filming the video, Chmerkovskiy shared that he had not slept for 36 hours. He described their journey as tight, expressing on his Instagram stories that the car he was in is typically occupies no more than three people. He noted that he stood for the entire trip and was unable to sleep. During the sleepless hours, guilt grew upon him.

“I still feel guilty being on that train. I took up space probably, and that’s what I realized. This was like a movie…” He said. “I took my backpack because that’s all I have, I left all my clothes and I went to the back of the car and I stood there and I was like i just want to make sure I don’t take up space. I want to make sure I’m not there instead of another mother with two kids and a big guy. It was insanity.”

The dancer warned his viewers that the war is getting worse. He repeatedly mentioned that he has more to emotionally unpack, but he’s not ready for it yet. Chmerkovskiy noted that he will need a lot of therapy after living through this invasion.

When going into deatil about the train ride from Kyiv to Poland, the dancer expressed his guilt for leaving Ukraine. Since the dancer got on to the train, he was committed to arriving in Poland. He wouldn’t have been able to get off at another stop.

The 42 year old compared the situation to his family’s immigration to New York in 1994. He expressed that he moved to a vibrant forward-thinking country at only 14 years old. At the young age, he felt unrooted because he no longer had a love for Ukraine.

Even though he and his brother Valentin Chmerkovskiy have been successful in the United States, the dancer knew Ukraine would always be a piece of him and last year, he began filming Dancing With the Stars Ukraine.

“I feel like I found my birthplace, I’ve reconnected with it and I’m having a very f*cking hard time leaving right now. I’m having a horrible time,” He said. “I’m having very mixed emotions, I have my friends there, my friends in frontline, but it’s not just getting close, it got close. I can’t hear from some of the people, I can’t get in touch with them.”

The Dancer is On His Way Back to Los Angeles

Chmerkovskiy shared that due to his personal connections, he’s having a hard time leaving the country. He can’t get on a plane when he personally knows people who are fighting on the front lines.

“This [how he’s feeling] is nothing, nothing compared to the trauma of these women, these children, these men who are going to have f*cking PTSD after this because these weapons are insane,” he said.

The dancer noted that he’s not the only person who felt this way. He finished the video expressing that he’s safe, but unhappy. Chmerkovskiy shared love for his viewers and thanked them for caring about everything going on in Ukraine.

This morning, Chmerkovskiy shared another update regarding his return to the United States. He showed the plane and stated that he is boarding a plane to Los Angeles.