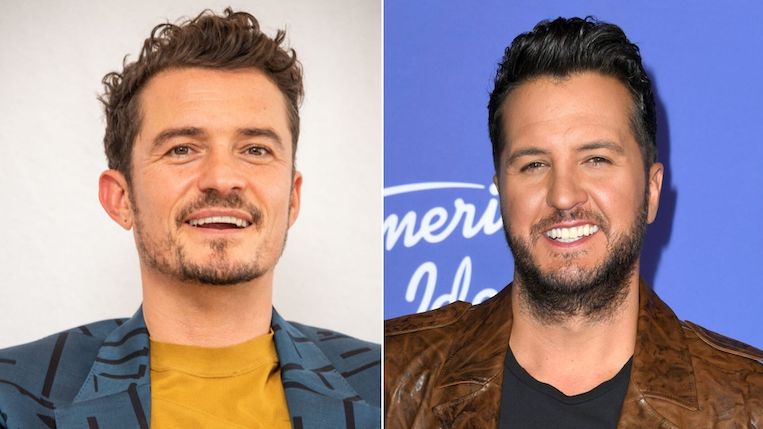 During this week’s American Idol Season 20 premiere, judge Katy Perry talked about her fiancé Orlando Bloom’s budding bromance with fellow judge Luke Bryan. They even chatted on the phone during the filming of the auditions.

“Me and Orlando are slowly falling in love,” Bryan shared during the premiere, prompting Perry to divulge that Bloom talks to her about Bryan all the time, calling him “such a good guy.”

In another moment between auditions, Bryan got his makeup touched up while talking to Bloom on the phone. Bloom also sent Bryan a video message, and Perry noted how lovingly he looked at the camera.

“Get yourself someone that looks at you like Orlando looks at Luke,” she joked. “I haven’t heard from my fiancé all day. But meanwhile he sends video messages with hearts in his eyes to Luke.”

Perry and Bloom got engaged in 2019, having dated on and off since 2016. They welcomed a daughter, named Daisy Dove, in 2020. Bloom also has a son named Flynn from his previous marriage to Miranda Kerr.

Perry also revealed during the show that Bryan let Bloom borrow his bike, prompting Bryan to say that’s “what bros do.” The two judges then took a call with Bloom in which he talked about his experience on the bike.

The clip ended with Bryan telling Perry that Bloom is “already in love with me,” joking, “You’ve lost him forever. Perry responded that it’s “not okay.”

Hopefully we’ll seem more of this fun friendship as the season goes on. Perry has already admitted that Bloom texts her his thoughts during live shows, so he’s practically the fourth judge at this point.