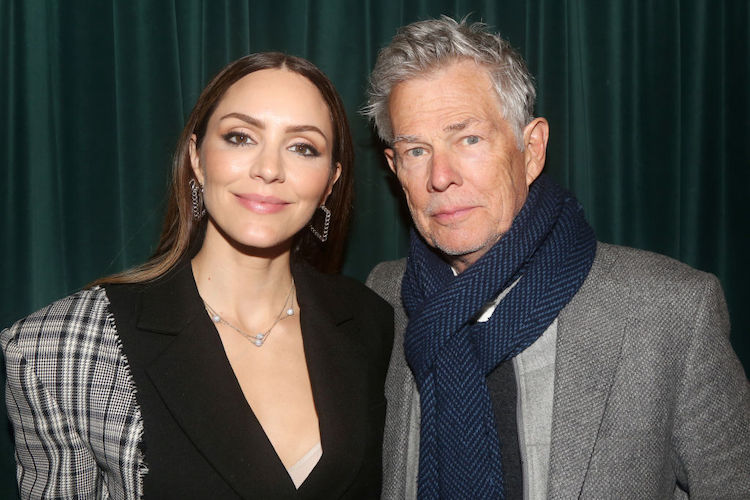 Raising a toddler indeed comes with challenges, but the 73-year-old David Foster is not one to back down. The legendary producer recently opened up about his adjustments in raising his son with wife Katharine McPhee.

David Foster Says Having a Son is “A Little Bit Different”

Back in February 2021, Foster and McPhee welcomed their son, Rennie, to the world. While Foster admitted that he didn’t consider having a baby during his 70s, he said that he doesn’t have any regrets now that he has one. At present, the music producer tries his best in parenting Rennie who is now two years old.

“At this point in my life, it’s different again,” he said. “Not better or worse, just different. I still work, I’m still gone a lot, but maybe the time is a little more precious to me because I got more runway behind me than I have ahead of me now.”

Foster further stated that being a father of a two-year-old requires “patience.” According to him, he lacked this skill when he was raising his children before. For those who may not know, Foster shared six daughters with women from previous relationships. They are Allison, 52, Amy, 49, Sara, 41, Erin, 40, and Jordan, 36.

“I was not patient when I was young,” he said. “I was arrogant and just on the move.”

When the public found out about McPhee’s pregnancy, the couple had to take several criticisms. Nonetheless, while Foster sees people’s comments as “valid,” he stands by his own perspective in romance.

Apparently, the music producer recognizes the possibility of not witnessing Rennie get older. However, aside from time, Foster intends to offer him wisdom.

“I think that I can offer one thing to Rennie even though I won’t be around when he’s 50 or 40 even, or 30 maybe,” Foster said. “I think I can offer him wisdom from my 72 years on the planet. And maybe that’s not a bad trade-off. I hope so.”

Last October, Foster told People that he’s willing to cancel anything just to hang out with Rennie. This is something that he missed doing for his children way back as he used to “work day and night.”