Haven’t We Seen This Before? Did Val Chmerkovskiy Rip Off A Dance in The ‘DWTS’ Finale?
January 11, 2022
View 1 Comments 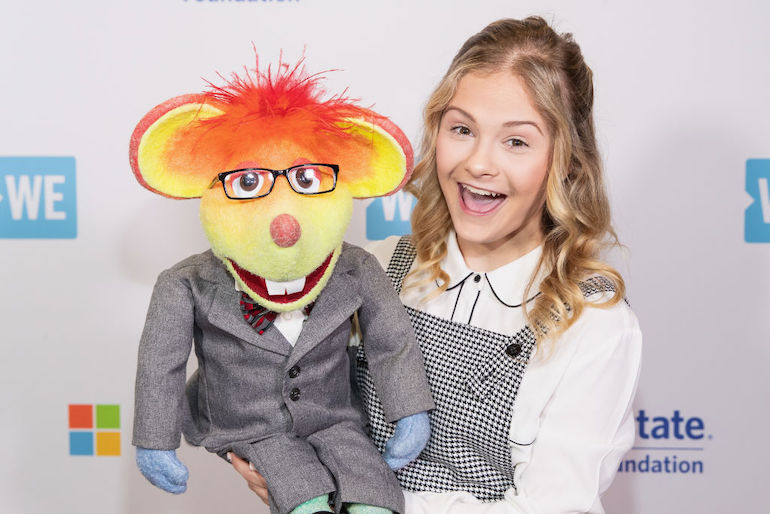 Darci Lynne Farmer will forever be known as the adorable Golden Buzzer ventriloquist on America’s Got Talent. She was 12 years old when she took to the AGT stage for the first time. Now, 17 year old Darci Lynne is looking back on her original audition.

Within the video, her facial expressions are seen with the audition in the background. First, she commented on the laugh attack she had when she first walked on stage.

“Literally, my voice is so high first of all. That laugh was pure terror is what that was,” Darci laughed. “‘Why are you laughing?’ I don’t know because I’m about to pee my pants in front of 3,000 people!”

She then went on to watch her introduction to the audience. Eventually she fast forwarded to her actual performance. Darci was seen cringing to her song choice.

Why Did Darci Lynne Cry After Her Audition?

It’s so normal to see acts cry after their audition is finally over. Was it the nerves? Was it from how proud they are of themselves? While fans of the series will never really know what this AGT legend felt on stage, Darci tried her best to explain why she cried at the end of her audition.

“I literally broke down because first of all, that was, those were tears of literal relief that it was over because I was so nervous,” Darci said. “Mind you I had only performed in front of max 600 people or 500 people before and 3,000 people got up from there seats, stood up on their feet and applauded for me, and screamed for me and cheered for me. It was a feeling like no other because I just didn’t expect that and it had never happened to me before. It was so overwhelming that I bawled my eyes out.”

She ended the nearly three minute video out with expressing the feeling as something she couldn’t describe. Darci shared that her audition day was one that forever changed her life.