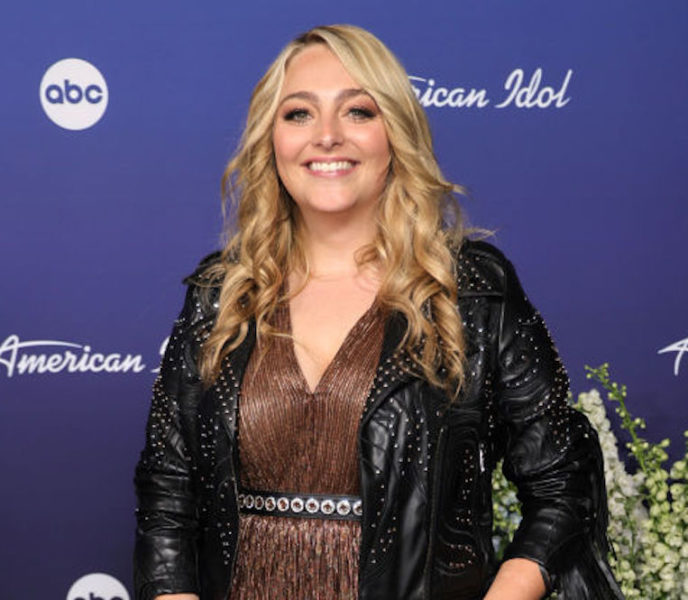 American Idol Season 20 runner-up HunterGirl has finally released her much-anticipated single “Hometown Out of Me,” along with a music video for the song filmed in said hometown of Winchester, Tennessee.

HunterGirl Releases “Hometown Out of Me” Video

The video starts with a shot of HunterGirl playing a concert for a huge crowd in Winchester. This is followed by clips of the singer performing the track around town, intercut with old family footage of her as a kid.

The song is all about how HunterGirl will remain the same person her hometown knows, even as she travels the world and pursues a music career. As she sings on the chorus, “An apple’s still an apple when it’s nowhere near the tree / You can take me out of my hometown / But you can’t take my hometown out of me.”

“My hometown has supported my dream since I was a little girl and especially through this crazy year of my life,” she wrote on Instagram. “I wanted my first single following the show to be a thank you card to my hometown and everyone in it. The reason I get to chase my dream is because of the amazing people who have supported me.”

The singer has been teasing this song for months now, sharing a snippet on social media for fans back in June. Earlier this month, it was reported that HunterGirl had signed a record deal with 19 Recordings/BMG.

SEE ALSO: FANS CAN’T WAIT FOR HUNTERGIRL TO RELEASE NEW SONG ‘HOMETOWN OUT OF ME’

The Singer Is Going on Tour with Noah Thompson

The tour will take the singers to various cities around the United States, with dates running through November. The final date on the schedule is December 2 in St. Louis, Missouri.

Thompson also recently released a new song with a music video filmed in his hometown of Louisa, Kentucky. The singer debuted “Make You Rich” last week, along with a video featuring appearances from his son Walker.