Haven’t We Seen This Before? Did Val Chmerkovskiy Rip Off A Dance in The ‘DWTS’ Finale?
May 26, 2022
View 2 Comments 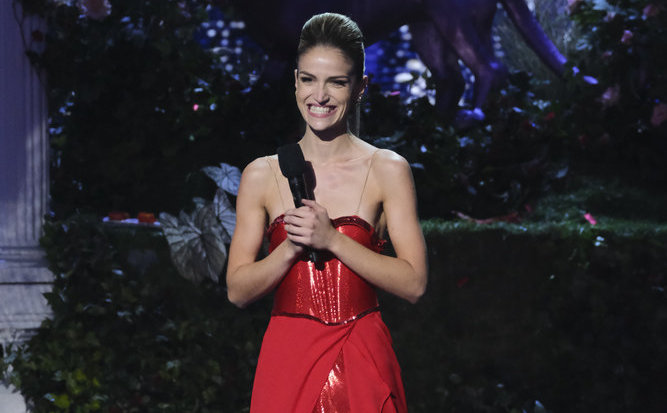 America’s Got Talent season 16 quick change artist Léa Kyle was recently in a car accident in Las Vegas. Léa shared a photo in a hospital bed to reveal the injuries sustained in the accident.

Days after the incident, the AGT quick change artist revealed that she and her boyfriend, Florian Sainvet, were in a car accident on Monday, May 23. She took to social media to explain her preparation for an upcoming magic competition, as well as the injuries endured.

“We were in an Uber with my love Florian Sainvet, a car hit us violently, stopping our vehicle at once..” she wrote. “We were taken to the hospital, result of the scan Florian fortunately did not cut anything serious apart from burns due to the belt and some injuries. For my part I have 3 fractured ribs and a crushed lung.”

The quick change artist finished out her statement by explaining that they’re thankful to be alive and their injuries “could have been much more serious.” Léa was directed to stay in the hospital for a few days before remaining to rest at home. She confirmed that healing has been a quick process to this point.

The quick change artist finished her statement out acknowledging her upcoming competition. Léa was in preparation to compete at the World Magic championships in Quebec in late July. Originally, she was set to begin rehearsals, but she is now laying low for the time being. She remains in good spirits about the competition, noting that she wants “to be in good shape for the championships.”

Since January, Léa has been performing as part of AGT Las Vegas Live alongside notable alum, Kodi Lee, The Clairvoyants, Deadly Games, and more. Multiple members of the cast, as well as contestants from AGT season 16 have shared words of encouragement for the magician on her post.

Léa Kyle Reminisces About Her Journey on AGT

On the one year anniversary of Léa’s audition, she shared her audition, as well as a caption remembering the lead up to the audition. On April 24, 2021, this quick change artist appeared on the last day of auditions. Before appearing on the stage, she quarantined with Sainvet, JB Dumas, David Stone, Kevin Micoud, and Jordan Praz.

Even though the quick change artist had been on France’s Got Talent, she didn’t know what would happen to her on the American series. For those who may not remember, Léa charmed the audience with her exciting quick change fashion show on the stage. Her act impressed the judges so much that Heidi Klum gave her a Golden Buzzer. Léa finished the season out in fifth place.