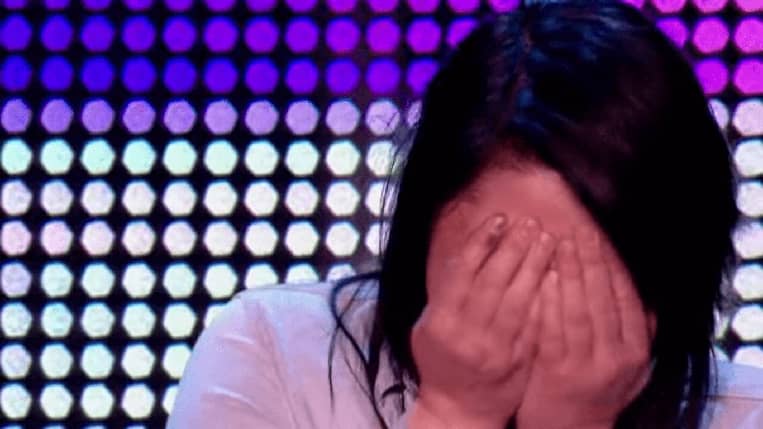 It’s always special when contestants on shows like The X Factor perform original songs. In 2012, Lucy Spraggan took the stage to perform a song she wrote called “Tea and Toast.”

The performance clearly impressed the judges and touched the audience’s hearts, and Lucy herself was brought to tears afterward. Check out her performance below.

Lucy auditioned for The X Factor UK with a song called “Last Night,” in which she sang about remembering what she did while she was drunk. After an “awkward” group performance, Lucy returned to the stage during bootcamp with another original song.

The 20-year-old said she was “so low” after her group performance, and set out to show the judges what she could do. She explained that her original track “Tea and Toast” was “a sad song,” adding that it was about “a real couple that I saw.”

Louis Walsh appeared to be tearing up as Lucy sang about a man whose mother died in childbirth, and whose wife later ended up in the hospital. The judges gave her a standing ovation, and Lucy broke down in tears.

“That was unbelievable, and that song is so beautiful,” Gary Barlow told Lucy. He later added of her talent, “She’s a total one-off.”

Lucy left the stage in tears, and hugged host Dermot O’Leary backstage. Unfortunately, Lucy ended up leaving The X Factor in the fourth week of live shows due to illness. However, in 2013 she signed with Columbia Records and released her first studio album, Join the Club.

Lucy has since released three more albums and gone on tour. She’s also working on a new album called Choices, and recently released an emotional single called “Sober.” Now 29, Lucy has also been open about her weight-loss and health journey, and she even has a fitness program called Fully Rewired.

Contestant Twerks During Sexy Performance On ‘The Voice Thailand’ [VIDEO]