‘The Voice’ Recap: Ariana Grande Breaks Down as Top 10 Are Revealed

Derek Hough, Hayley Erbert Share Behind the Scenes of Their ‘Kiss the Girl’ Dance
November 23, 2021
Be the First to Comment 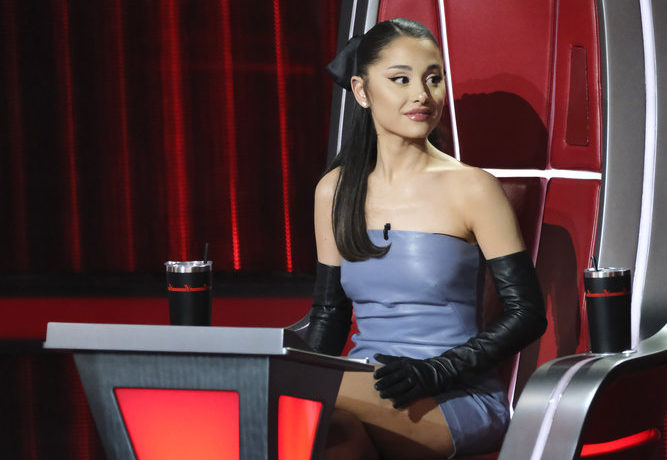 On Tuesday night, The Voice Season 21 returned for another live results show and we learned the artists who made it through after Monday night’s performances. With a shocking on-stage fall and surprising bottom two contestants, this show left coach Ariana Grande and others in tears.

Nine artists made it through thanks to America’s vote. The remaining two singers were up for the Instant Save vote, and one was eliminated from the competition. At the end of the night, Jim and Sasha Allen earned the Instant Save, while Gymani unfortunately had to go home.

Notable moments during Tuesday’s show included Ariana Grande’s emotional reaction to her artists being in the bottom two, as well as a scary fall from Wendy after her performance with Team Blake.

Which Artists Made It Through to ‘The Voice’ Top 10?

Team Blake made it through Tuesday’s results with all three of his artists — Paris Winningham, Wendy Moten, and Lana Scott. Team Legend also kept both of his team members, Joshua Vacanti and Jershika Maple, thanks to America’s vote.

Team Kelly’s Hailey Mia, Girl Named Tom, and Jeremy Rosado also made it through by votes alone, as well as Team Ariana’s Holly Forbes. The Instant Save vote came down to Team Ariana’s Jim and Sasha Allen and Team Kelly’s Gymani, who won last week’s Instant Save. Viewers had five minutes to vote for their favorite to stay in the competition.

Gymani performed “Tell Me Something Good” by Rufus, with Clarkson calling her “such an entertainer.” Jim and Sasha then sang “I Won’t Give Up” by Jason Mraz. Sasha ended the performance by saying, “Trans rights.” Grande cried as she shared that she was “so shocked” to see them in the bottom, asking fans to vote.

Later, Sasha also teared up as he shared what Grande has meant to him. When Jim and Sasha were revealed as the winners of the Instant Save, Grande ran on stage to hug them. She also hugged Gymani, who was sadly eliminated.

Ariana Grande took the stage with her team during the show to perform “FourFiveSeconds” by Paul McCartney, Kanye West, and Rihanna. The team members sat around a campfire with their coach for the intimate, stripped-down performance that showed off their great voices.

Later, Blake Shelton joined his team members (all of whom had already made it through thanks to America’s votes) to sing “I Can’t Help Myself (Sugar Pie, Honey Bunch”) by the Four Tops. After the performance, there was a scary moment when Wendy suffered a fall on stage. Later on, she joined host Carson Daly on camera to share that she was “a little bruised” but “still ready to go.” We’re glad she’s okay.

The Voice will return live with Top 10 performances next Monday night on NBC.

Which ‘Alter Ego’ Semifinalist Are You? Take Our Quiz to Find Out