The Myth About ‘AGT’ and Las Vegas, What Really Happens After The Show?
April 22, 2022
Be the First to Comment 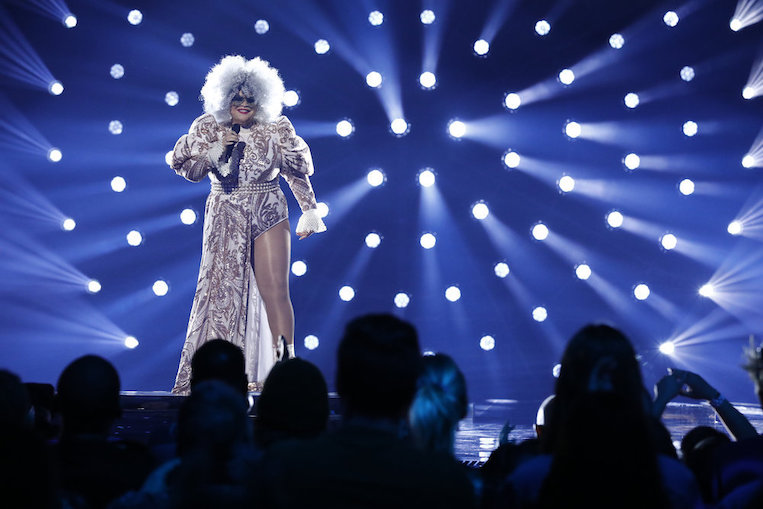 MARi representing New Hampshire is among the 22 performers set to take the stage in the American Song Contest semifinal rounds. This powerhouse vocalist gave a performance of a lifetime during the qualifying rounds, so here’s everything you need to know about her.

MARi learned to play piano on her grandfather’s instrument at the age of nine. While in elementary school, she competed in her first talent show. The young singer thought she did something wrong at this time. The audience was totally silent at then end of her song. Instead of hating the performance, the audience was waiting to give her a standing ovation.

MARi Competed on La Voz US Before American Song Contest

After finding her passion of music, MARi sang in church for 12 years. Her childhood singing in and out of church prepared her for the opportunity of a lifetime. In 2019, she debuted on TV as a singer on The Voice spin off, La Voz US. All four coaches turned their chairs for this singer. Even though MARi didn’t make it past the battle rounds, she was able to break into the Latin music industry.

“Luis Fonsi was an amazing coach and I admire him greatly. La Voz gave me a platform and open door to join the Latin industry who welcomed me in with open arms,” MARi said. “It taught me to take the moment you have and work it not just expect that to be it, but to work even harder and go for more using it as a compliment to the rest of your career.”

After competing on La Voz US, MARi released her debut single “Let’s Hear It For The Boy.” This song peaked at No. 13 on the Billboard chart at the time of its release. MARi is an artist that’s known for being an open book. In the past she’s spoken on her experience in an abusive relationship, self love, fashion inspirations, and more.

What Was The Inspiration Behind Her Song?

Similar to many, MARi’s song is based off of her personal experiences. The storyline of “Fly” urges people to lift their head up and fight their way through life. Her team helped her perfect the lyrics, melody and production of the single.

Before American Song Contest, MARi notes that she was in a lull moment with music. The day she received the email about auditions she knew she had to redeem herself. Regardless of if she wins or not the singer sees this competition as a way to get back into the spotlight.

Outside of music, this pop artist is known for her larger than life fashion presence. She is seen both social media and talent shows sporting a unique style with plenty of wigs. This is where her nickname, peluca queen or wig queen in english, comes from. MARi’s looks have turned so many heads that she’s repeatedly attended both the New York and Paris fashion weeks.