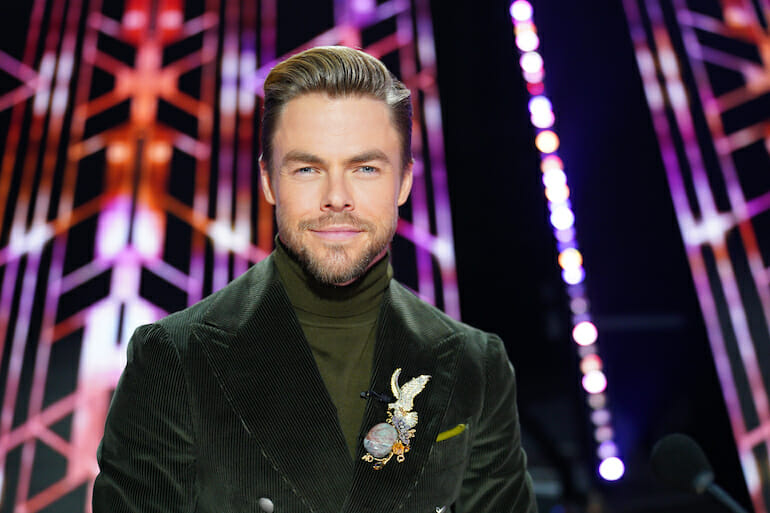 Dancing with the Stars judge Derek Hough shared the news that he has tested positive for Covid-19 despite being vaccinated. Hough announced that he feels strong, but he has in fact been diagnosed with a breakthrough case of Covid.

In his video announcement, Hough assures fans that he is “currently taking advice from medical professionals and doing everything I can to get better as fast as I can. I’m currently in quarantine.”

In addition to his work on Dancing with the Stars, Hough is currently headlining a Las Vegas Residency that he said will be rescheduled for a later date.

There is no word yet as to how long his quarantine will last and whether this will affect his judging during the DWTS finals next week. The show has not yet released a statement as to whether any other cast members have tested positive, or if they will be quarantining to ensure that this was an isolated incident.

Judge Carrie Ann Inaba has announced that she will also quarantine “out of an abundance of caution,” but it is unclear for how long she will self-isolate.

How Will Covid-19 Diagnosis Affect the Dancing with the Stars Finale?

With only one week left on Dancing with the Stars, it is unlikely the beloved judge will return this season. He was scheduled to perform live during the finale next week, but with a Covid diagnosis, it’s hard to imagine he will be well enough to perform in less than a week.

When performers Cody Rigsby and Cheryl Burke tested positive for Covid-19 earlier this season, the pair were out for over a week. Rehearsal footage was used to judge their dance during their first week out, and they set up cameras to dance from home during their second week.

It is too early to say whether Hough will appear during the finale, and ABC has not yet made an announcement. Hopefully, if Hough is still recovering, he will be able to video call in his feedback for the final four couples’ last dances.

Hough missed one episode of the series earlier this year when he was exposed to Covid-19 and the judges simply acted as a panel of three. Considering this is the finale, however, and Hough has played a big role in the improvement of the final four, we hope he will be able to participate in one way or another.