Competing On ‘America’s Got Talent’: Everything You Ever Wanted To Know

Katy Perry Admits She Turned Down the Chance to Work with Billie Eilish
March 23, 2021
View 1 Comments 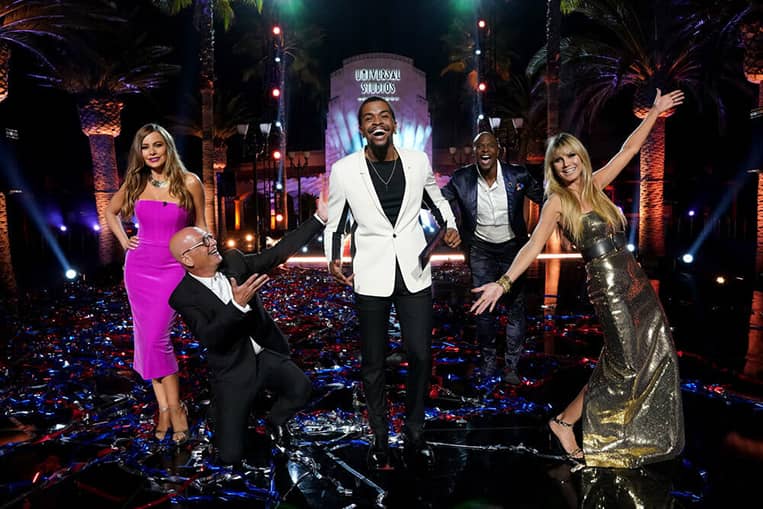 Ever wonder what it’s like to compete on AGT? Whether you’re a talented hopeful who wants to win the million-dollar prize, or just a fan who’s curious about the behind-the-scenes details, we’ve got answers.

Read on to find out everything you want to know about being an America’s Got Talent contestant, from the audition process to what happens once you’ve been accepted on the show.

What Is It Like To Compete On ‘America’s Got Talent’?

Applying To Be On ‘AGT’

The first thing to know about being on AGT is that there are eligibility requirements. Contestants must be either a United States citizen or legal permanent resident of the U.S. Alternatively, you must have an employment authorization card or be in the U.S. legally at the time of your audition.

There are no age limitations to compete on America’s Got Talent. Little kids and senior citizens can audition, as well as all ages in between. However, performers under 18 must be accompanied by a parent or guardian, and they must show an ID or birth certificate, in addition to filling out special paperwork.

RELATED: HOW TO AUDITION FOR ‘AMERICA’S GOT TALENT’: HERE’S WHAT YOU NEED TO KNOW

Unfortunately, if you know anyone involved with the show and its production companies, you could be ineligible to audition. Check out the eligibility requirements for a list of examples that could disqualify you.

Every year a potential contestant applies to be on the show, they must register to create a profile on the show’s audition site. If you’re in a group, only one person has to sign up.

Submitting Video Auditions For The Show

Typically, AGT hopefuls can audition for the show by submitting a video of their talent online, or attending an open call in a nearby city. This year, due to the COVID-19 pandemic, auditions were held virtually.

For video submissions, performers can upload a video to the audition site, provide a link to a YouTube video showing off their talent, or even record a video audition directly on the site using a webcam.

The AGT auditions website advises people to film their videos in a well-lit space, and avoid auto-tune apps. The site suggests that the video should be around two minutes long. If you’re a singer, backing tracks are allowed as long as your voice comes through.

Attending An Open Call Audition For ‘America’s Got Talent’

In the past, AGT has traveled to various cities in the United States to audition potential acts on the show. The judges aren’t involved at this stage of the audition process. Instead, contestants perform for the show’s producers.

Auditioning acts receive a wristband and audition number upon arrival. This determines the order in which people are auditioned. If a contestant loses this number, they have to go to the back of the line. The next step is to check in and submit the necessary paperwork.

RELATED: 5 TALENT SHOW CONTESTANTS THAT LOST THE SHOW BUT WON AT LIFE

Lines could be long, so hopefuls should plan to spend the entire day at the open call. Registering ahead of time is suggested, but not required. Once an auditioning act is in front of the judges, they have up to 90 seconds to show their talent.

The auditioning acts are separated into different holding rooms depending on what type of talent they’re showing off. Anyone accompanying the act will wait in this room while they audition.

‘America’s Got Talent’ Virtual Auditions For 2021

Due to the COVID-19 pandemic, AGT didn’t hold any open call auditions in 2021. Instead, hopefuls could submit videos or attend virtual audition slots. These auditions were conducted via Zoom.

RELATED: HOW MUCH MONEY DOES ‘AGT’ WINNER AND STARGIRL GRACE VANDERWAAL MAKE?

Auditioning acts were asked to follow local guidance regarding COVID-19 safety when trying out. Groups were discouraged from gathering for auditions, and instead were asked to submit pre-existing videos.

All the virtual auditions were recorded, to possibly be used on the show, or to promote AGT on social media. Acts involving fire or animals were encouraged to submit a video audition instead.

Auditioning for AGT, no matter what method is used, is completely free.

Tips & Tricks For Auditioning On ‘AGT’

Singers can choose any part of the song to perform, so they’re advised to choose the strongest section. There are no microphones at in-person auditions, as producers are just a few feet away. Although you can audition with an original song, you’re advised to bring a cover as a back-up. Expect to sing a cappella for this round.

Dancers should only perform to one or two songs, and make sure to bring a device that can be plugged into an auxiliary cord. Don’t stream the music you’re dancing to. Rather, make sure it’s downloaded to avoid internet issues.

Variety acts are encouraged to make sure their act would work in a large theater full of at least 1,000 audience members. Producers may ask what contestants have in store for future performances should they make it through.

The audition website also includes judge Simon Cowell’s advice for auditioning acts. He encourages talent, “Be original … Don’t be boring … Stand out from the crowd … Be fearless.”

Performing For The ‘AGT’ Judges

If a contestant is chosen to audition in front of the AGT judges, there are some legal matters to attend to. They must agree to a background check, and sign a confidentiality agreement.

In 2013, the New York Post shared details of the AGT contestant agreement, which might take you by surprise. In particular, the document explained that contestants might not be portrayed in a positive light.

The agreement reportedly states that the contestant’s depiction on the show “may be disparaging, defamatory embarrassing…and may expose me to public ridicule, humiliation or condemnation.”

The agreement also mentioned the use of hidden cameras in areas “in which a person under other circumstances might have a reasonable expectation of privacy.”

How Much Creative Control Do ‘America’s Got Talent’ Acts Have?

Two years ago, former AGT contortionist Bria Roberts told Reddit about her experience on the show, including how little control she had over her performance.

Bria said “producers have control over pretty much everything,” adding, “I had planned to use the song I’ve posted on YouTube but they made me do one that they chose.”

RELATED: ‘AGT’ CONTESTANT GETS NAKED AND DOES THIS WITH A TABLECLOTH

She also said the show was “scripted,” explaining that producers tell contestants what to say. Bria also claimed that the audience is instructed to boo or cheer for certain acts.

“They choose the material for acts and say it makes them better … while at the same time have their employees tell the audience to boo,” Bria wrote. She also said that she had been recruited by the show in a previous year but backed out “because they dictated what contortions I would do and what song.”

Is It Expensive To Be On ‘AGT’?

While the initial audition for AGT is free, things get a little more complicated once contestants make it to the judges’ audition. According to TV Over Mind, contestants who drive between 150 and 300 miles to get to Los Angeles are reimbursed $0.20 per mile for the show, or they’re provided with train or bus ticket.

Those living farther than 300 miles away will be flown out by the show. Contestants traveling in will also be provided with a hotel room for the night before their audition and the night of their audition.

Costs for additional people to travel to the audition are not covered by the show, unless the contestant is a minor accompanied by their parent or guardian. People who live less than 150 miles away are apparently considered to be local, and travel costs aren’t covered by the show.

As for food, a boxed lunch is reportedly provided by the show. Contestants staying at the show’s hotel are also given $25 for each night of their stay to cover any additional meals.

Do ‘America’s Got Talent’ Winners Really Get $1 Million?

AGT says its winners get $1 million. However, the way they receive this money is a little more complicated than that. A disclaimer at the end of the show explains more about how the prize is paid.

“The prize, which totals $1,000,000, is payable in a financial annuity over forty years, or the contestant may choose to receive the present cash value of such annuity,” the disclaimer reads, according to Bustle.

RELATED: SIMON COWELL WALKS OUT OVER BAD ‘AGT’ ACTS, BUT THIS CHANGES HIS MIND

As Bustle points out, younger winners might want to choose the annuity, as they’ll have many years to save up before seriously pursuing a career. However, adult winners might go for the $300,000 right away.

The show’s winner also gets to headline a show in Las Vegas. However, this stint only lasts for a few days. Winners frequently return for performances on later seasons of the show, but they’re generally on their own after their Vegas show.

What Happens After The Show?

Whether they won the show or not, contestants on AGT reportedly aren’t allowed to appear on another reality show for a year after filming.

They’re also reportedly on a talent hold, meaning they’re banned from seeking endorsement deals or publicity from companies other than NBC for a year after their appearance.

RELATED: ‘AGT’ FANS HAVE COME UP WITH A NEW CONSPIRACY THEORY ABOUT THE SHOW’S WINNERS

The winners’ post-show success varies from person to person. One of the most successful examples is ventriloquist Terry Fator, who signed a $100 million contract with the Mirage in Las Vegas for a five-year residency, just a year after he won the show.