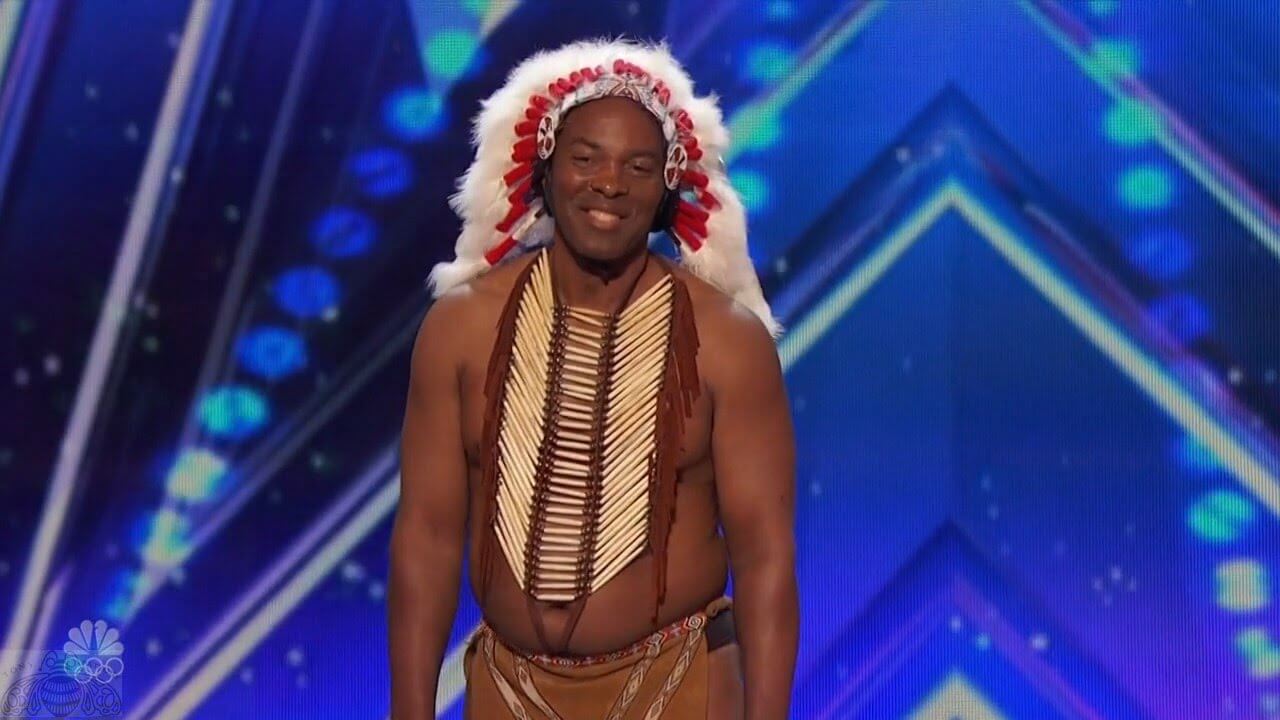 Christopher was a novelty dance act that appeared on season 12 of America’s Got Talent. His act is a very interesting style of puppetry and dance that you just need to see with your own eyes. Watch his audition below.

Christopher Made Simon Cowell Smile On ‘America’s Got Talent’

When he was 54 years old, he came to ‘AGT’ after always dreaming of being a part of a music group. He never found anyone to be in a group with so he had to improvise for his act. He has been performing this act for over 30 years. Christopher wanted everyone to feel like a whole group was performing for them. After introducing himself, Christopher trotted off stage and the judges were wondering exactly what his act would be. He returned wearing a contraption that featured four puppets that looked like real live people. They all began moving and dancing to the song “YMCA” by Village People. Each of the puppets and Christopher were dressed as members of the infamous disco group. He even had all of the audience members taking part in the iconic party dance that goes along with the song.

SEE ALSO: WATCH ‘MOST OUTRAGEOUS AUDITION’ EVER SEEN ON ‘AMERICA’S GOT TALENT’ — WHERE IS TRAVIS PRATT NOW?

With each moment of the performance, Simon Cowell’s smile grew bigger and bigger. He thoroughly enjoyed the act as Christopher included both comedy and dancing to make everyone laugh. Heidi Klum and Mel B even joined in at one point to do the “YMCA” dance. “Christopher it was amazing. Five guys on stage and you were so in sync” Heidi said jokingly. Howie said it was “fantastic” and Christopher promised to come back with something even better for Judge Cuts if he made it through.

Christopher Made It To Judge Cuts

“I thought that was fantastic Christopher. I was imagining in my head when I go home tonight and my girlfriend says what was your day like at work and I am trying to explain the whole day which is going to be difficult but that’s what I love about this show, it’s unpredictable” Simon said. Christopher made it to Judge Cuts after receiving four yes’s from the judges. During Judge Cuts, he danced to Village People’s “In the Navy” again with his four puppets. At one point during the performance, a large photo of Simon’s face was revealed and was moving his mouth to the words of the song. It was basically a giant puppet of Simon. Unfortunately, Christopher did not make it to the quarterfinals.

Where Is Christopher Now?

After appearing on America’s Got Talent, Christopher began uploading covers and dance videos to his YouTube channel. But, he has not uploaded a video for the past three years.

But, he does still, in fact, perform with his puppet friends. According to his professional profile, Christopher is “doing no less than 150 appearances a year.” Some of his biggest accomplishments after America’s Got Talent include a command performance for The Queen of England and is a regular guest of Jay Leno during his tours. He also performs tributes to Bruno Mars, Star Wars and Michael Jackson.

Is this the most unique act you’ve seen on America’s Got Talent so far?