‘AGT’ Finale: Who Was Crowned The Winner Of Season 14? 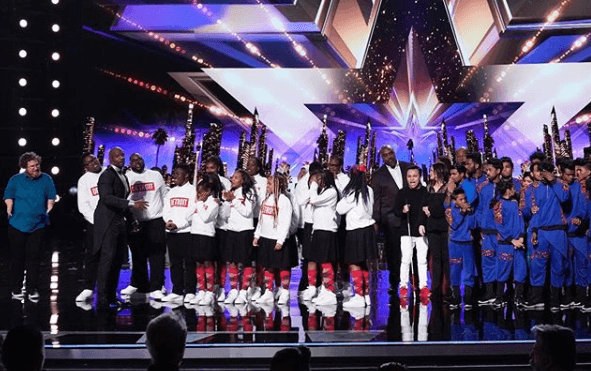 AGT Season 14 came to a close Wednesday night, as a winner was crowned. Ten finalists were in the running, but America could only choose one as the ultimate champion. Simon Cowell called Tuesday’s show the best AGT finals ever.

Going into the results show, singer Kodi Lee and dance group V. Unbeatable seemed to be the frontrunners. The two-hour finale also featured duets between the season’s finalists and stars like Macklemore, Leona Lewis, and Julianne Hough. There was even a performance from legendary singer Cher.

Ndlovu Youth Choir gave an electrifying performance of “Higher Love” with DJ Kygo to open the show, followed by an appearance from Macklemore performing “Can’t Hold Us” with Detroit Youth Choir.

The comedian got to meet pro wrestler Chris Jericho, who is apparently a big fan. Ryan explained that he dreamed of becoming a wrestler when he was a kid. The pair appeared in a funny video together, in which they bullied a fake Simon Cowell, among other things.

The 15-year-old singer-songwriter got the chance to duet with Puerto Rican singer Ozuna. This is the first time we’ve heard Benicio singing in Spanish. However, he has said that his grandma sings Spanish music, and he admired Selena growing up.

Judge Julianne Hough debuted her new single “Transform,” and was joined by Indian acrobatic dance group V. Unbeatable. She even showed off some dance moves of her own during the performance.

This group of singing former service members performed a beautiful rendition of “Some Gave All” with the man who originated the song, Billy Ray Cyrus. Billy Ray also played the guitar during their performance.

The music and Hollywood legend appeared on the AGT stage to perform a disco-tastic rendition of “Waterloo” by ABBA, featuring plenty of backup dancers in retro costumes.

The singer and pianist joined forces with X Factor winner Leona Lewis to perform Calum Scott’s “You Are the Reason.” Kodi sang and played a white piano while Leona sang alongside him. Their voices blended beautifully.

After the show’s duets were complete, Terry Crews announced, in no particular order, which of the Top 10 acts made it into the Top 5. The following acts were announced as still being in the running.

Talent Recap correctly predicted three of the Top 5 acts. However, we foresaw Detroit Youth Choir and Ryan Niemiller being in the Bottom 5.

After the Top 5 was announced, Terry Crews wasted no time announcing who came in fifth, fourth, and third place, before the winner was announced.

V. Unbeatable finishing in fourth place was especially shocking, as Talent Recap predicted the group to be the runners-up. Considering we predicted Detroit Youth Choir wouldn’t even make it to the Top 5, their place in the Top 2 was also a surprise.

At the end of the night, it came down to two Golden Buzzer recipients — Kodi Lee and Detroit Youth Choir. But only one act could win the million-dollar prize and earn a headline show in Las Vegas. Which act did America vote for?

The winner of AGT Season 14 is … Kodi Lee! Gabrielle’s Golden Buzzer act, who made a splash on social media after the very first episode, was crowned the champion. Do you agree with America’s choice? Who did you vote for? Let us know in the comments.