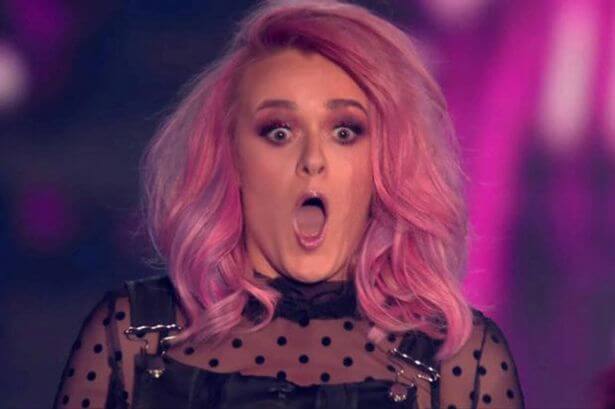 X Factor contestant Grace Davies is tired of guys sending her dick pics on Twitter, so she’s doing something about it. The 23-year-old singer posted quite the promise to her followers on Sunday.

Did they get the message? Read on to see how her fans reacted to the threat. It’s a lot more wholesome than you might expect.

On Sunday, Grace posted that she was “fed up of gross messages and gross pictures off gross men.” In response, the told followers that if they “send me pics of your dick without my permission,” she’ll “post them on here without yours.”

It seems to have worked, considering Grace hasn’t posted any dick pics to her feed. Fans apparently responded to the message in a much nicer way ⁠— by sharing pictures of their pets.

Grace said she loved getting those photos, writing that she was “currently going through pictures of pups, kitties & bunnies” and “couldn’t be happier.” She also posted that the men sending her dick pics now seemed to be “camera shy.”

Grace was the runner-up in Series 14 of The X Factor UK in 2017. She was mentored by Sharon Osbourne and finished in second place to hip-hop group Rak-Su. Grace performed several original songs throughout the competition, as well as covers from artists like George Michael and David Bowie.

10 FUN FACTS ABOUT GRACE DAVIES OF ‘THE X FACTOR UK’

Since appearing on the show, Grace signed to Simon Cowell’s record label Syco. In January of this year, she released a single called “Invisible,” along with an emotional music video. Check it out below.