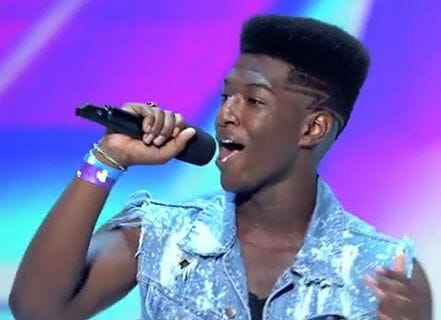 Artist Willie Jones auditioned for The X Factor in 2012. He shocked the judges and audience alike with his surprising rendition of “Your Man” by Josh Turner. His southern roots and rich baritone range allowed him to be a country genre front runner in the competition. Today, Willie hosts his own radio show on Apple Music, has put out a number of successful hits, and advocates for Black artists in the country music scene.

Willie Jones on The X Factor

At just 17-years-old, singer Willie Jones took to The X Factor stage. He stood in front of the likes of judges Simon Cowell, Demi Lovato, Britney Spears, and L.A. Reid on the show’s second season. Lovato even commented on Willie’s style, saying that his clothes and flattop hairstyle reminded her of The Fresh Prince of Bel-Air. The contrast between his look and song choice came as a shock to everyone. The Louisiana native performed his rendition of “Your Man” with a voice perfectly suited for country music.

Reid called Willie an “absolute original” as Cowell went on to say that his audition was a “day to remember.” Going forward in the competition, the singer was mentored by Lovato. Placed in the Young Adults category, Willie ranked in the top 16 before his elimination.

At the Judge’s Houses, Willie sang “Nobody Knows” by Tony Rich for his mentor and guest judge, Nick Jonas. He was then selected to move on to the live shows. Here, he performed “Here for the Party” by Gretchen Wilson. Following this, Willie was unfortunately placed in the bottom two of the competition. He “sang for his life” at this stage and performed “You Don’t Know Me” by Eddy Arnold. In the end, Willie was beat by fellow contestant CeCe Frey and was ultimately eliminated.

Being eliminated from The X Factor did not put a stint on Willie’s music career whatsoever. In fact, he’s more popular than ever and has even collaborated with Nelly on a track. His smash hit “Down by the Riverside” is his most popular on Spotify with 1,632,862 streams. Today, Willie hosts The Cross Roads Radio on Apple Music and speaks to a variety of guests on the program. He has even appeared on late night television and performed his hit on Jimmy Kimmel Live!

His genre-bending sound has been compared to artists like Kane Brown, Lil Nas X, and Blanco Brown. With that being said, Willie also expressed what it means to him to be a person of color in Country music.

“It’s dope to just see black people in country, expanding the genre,” he said. “That’s what I wanted to see from the jump, so it’s cool to actually be coming up and see younger black people telling their stories.”

Earlier this summer, Willie also collaborated with Apple Music to release an exclusive track in honor of Juneteenth and Black Music month. His cover of Bob Marley’s “Redemption Song” is available on the platform now.

Also available now is Willie’s debut album, Right Now. The body of work is out across all streaming platforms and has generated some major buzz among fans. His track “Bachelorettes on Broadway” has amassed over 15 million streams on Spotify alone.

Most recently, Willie will perform at Whiskey Jam this evening in Nashville, TN alongside a number of other country artists. The event is free and takes place at 7 p.m. Fans are already anticipating good music, good times, and good vibes.