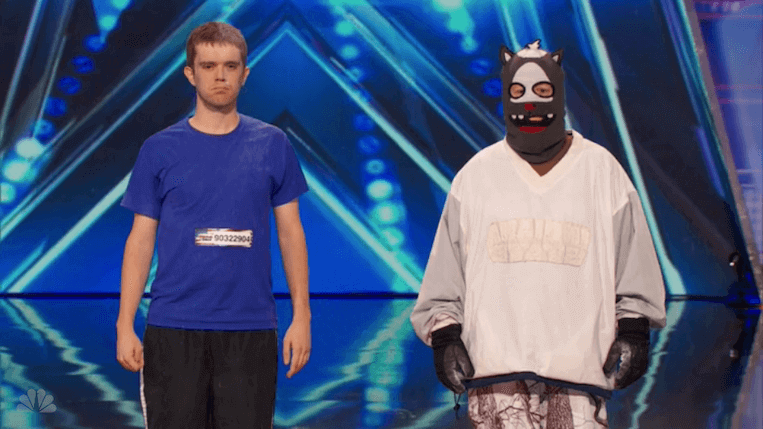 America’s Got Talent introduced the Golden Buzzer in Season 9, and Dustin’s Dojo was the first act to receive it. Friends Dustin and Terry went straight to the next round but didn’t make it any further. However, they continued their karate act for years afterward.

Dustin, whose full name is Dustin Britton, introduced himself as a “karate expert.” Judge Heidi Klum wondered why he kept looking over his shoulder, and he replied, “You never know when there’s gonna be an attacker, so you always have to be on guard.”

The judges were divided over the act, with Stern and Howie Mandel finding it hilarious. Stern said Dustin’s Dojo was “in the tradition of the Three Stooges.” He broke the judges’ tie by hitting the Golden Buzzer for the first time ever on the show.

SEE ALSO: 10 OF THE FUNNIEST, WEIRDEST AUDITION COSTUMES IN ‘GOT TALENT’ HISTORY

What Did Dustin and Terry Get Up to After the Show?

Dustin and Terry have over 45,000 subscribers on their YouTube channel, where they’ve uploaded a variety of videos. The clips include karate moves, cooking tutorials, and sketches about everyday life. The last video uploaded on the channel is a Christmas special from 2020.

In October, the duo teased on social media that they would be releasing a “Master Class” on YouTube, but this video isn’t on their channel. They haven’t updated Facebook or Instagram since then. While we wait to see their next project, there are plenty of Dustin’s Dojo videos to watch on YouTube.