What Happened to Charlie Walk? ‘The Four’ Judge Who Resigned After Sexual Harassment Scandal
March 5, 2022
Be the First to Comment 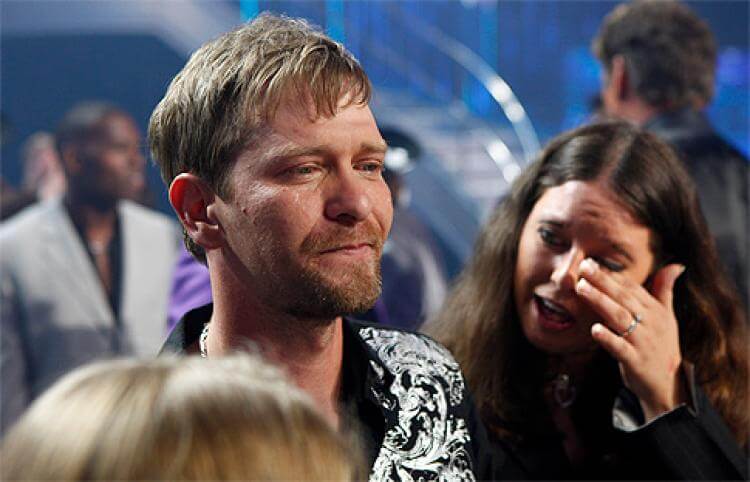 The winners of America’s Got Talent have receive $1 million and a headlining gig at a venue in Las Vegas, but what happens after that? With season 17 right around the corner, let’s take a look at what winners of the show are up to in 2022.

In 2022, the first winner of AGT is now 27 years old. She won the series at only 11 years-old and has continued to pursue a music career ever since. Ryan is a verified artist on Spotify.

Terry Fator is now one of the biggest names in ventriloquism, he makes a living off of his act. Beginning in February, he’s headlining a show called “Terry Fator: Who’s The Dummy Now?” at the New York, New York Hotel and Casino in Las Vegas.

The third winner of AGT was opera singer, Neal Boyd. Following his win, he released his debut album, My American Dream. Boyd died of heart failure, kidney failure, and liver problems in June 2018.

A year after Kevin’s win, he released his debut country album, Long Ride, it did not chart. After that, he reportedly struggled with depression and divorced his wife. The singer hasn’t released music since 2010.

The Mississippi soul singer headlined a 25-city tour with other AGT finalists after his win in 2010. Since his AGT journey, he’s released eight albums and six singles. He recently teased that there is another album on the way.

Nearly 10 years after winning AGT, Landau Eugene Murphy, Jr. is still performing. Since winning, he’s released three albums and has gone on to do tons of live performances. Last winter, he teamed up with The Voice singer Holly Forbes for a Christmas tour.

The father-and-son team of Richard and Nicholas Olate performed around the country after winning the series. We’re unsure if they’re still performing in 2022 due to the inactivity on their social media.

Ebina proves that AGT isn’t only for singers and dancers, he won the competition as a martial artist. After winning he returned to Japan and performed there primarily. He returned to the AGT stage as the coach of unicycle group, UniCircle Flow in 2021.

In 2014, Mat Franco made history as the first magician to win the series. Since winning, he’s returned to the AGT stage almost every season. He’s currently performing in his long running Las Vegas residency: Mat Franco: Magic Reinvented Nightly at The LINQ Hotel.

Zerdin has continued to perform with his puppets since winning the series. On top of live performances, he has released a DVD of his show, records Cameos, and does professional voiceover work. He is embarking on the Paul Zerdin: Hands Free tour beginning in March and concluding in May.

This AGT winner quickly found success as a mainstream singer and is now signed with Columbia Records. She’s currently 18 years old and is bigger than ever in the music industry. In October she was named to Billboard’s 21 under 21 list.

This adorable ventriloquist has gone on to perform at some of the biggest venues in the world before turning 18. She is currently on her second national tour called the My Lips Are Sealed (Except When They’re Not) Tour.

It’s no secret that Shin Lim has become one of the most well known magicians after AGT. Following his win, he joined AGT: The Champions and won once again. He is currently performing at his Las Vegas residency, Shin Lim: Limitless.

AGT‘s season 14 winner is Kodi Lee, a blind and autistic singer. Fans of the series knew he was going to win after his outstanding audition. Since winning, he has continued to perform throughout the country. Most recently he was apart of AGT’s live showcase, AGT Live Las Vegas.

Brandon Leake made history as AGT‘s first spoken word poet to win the series. Following the series, he announced that he has a book and short film coming soon. His poetry book releases on March 8, 2022.

Season 16’s winner was the third magician to win the series overall. Tavella’s act differed from the past magicians because he’s also a storyteller. Immediately following the series, he joined AGT Live Las Vegas.

The most recent winner of AGT is The Mayyas Dance Crew. This outstanding dance group has yet to reveal their next plans, but many expect them to join the cast of AGT Las Vegas Live in the near future.