From ‘America’s Got Talent’ to Future X, Angie Green’s Career is Booming 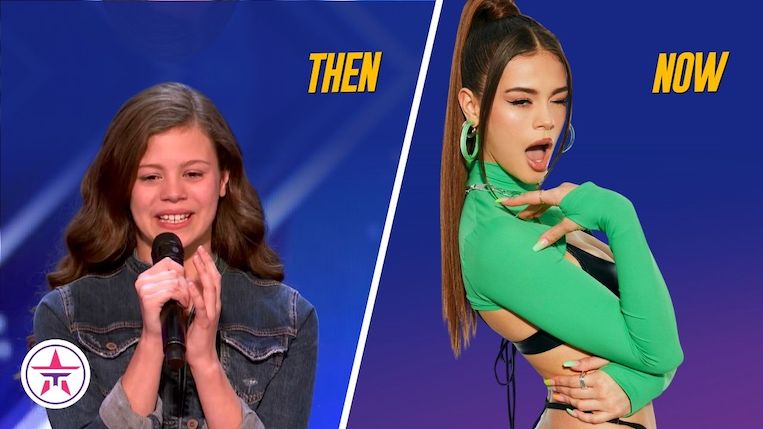 America’s Got Talent Angie Green’s career is booming. The Season 12 quarterfinalist is slowly becoming a full fledged pop star right before our eyes. The powerhouse singer is all grown up and is ready to take the music world by storm.

Before Angie took on America’s Got Talent, she already competed on La Voz Kids, an American Spanish-language version of The Voice, in 2014. She was eliminated in the Battle Rounds. When Angelina walked onto one of the biggest stages in the world, the singer already had all eyes watching. She almost did not make it onto the stage because of her nerves, the young singer could barely talk, but host Tyra Banks helped her work through her moment of doubt.

Her touching story of music being her saving grace after her parents divorce started the water works in the crowd. For her audition, Angie sang “I’ll Stand By You,” and dedicated it to her mother for raising her as a single mom. The audience were on their feet midway through the song. Simon Cowell smiled throughout the performance as the young singer belted out her heartwarming rendition of the song. Her mother was crying, Tyra Banks was crying, there wasn’t a dry eye in the house. When Angie finished her performance she received a standing ovation.

Angie took the pain in her life and used it in her music and with her voice. She received rave reviews for her audition. Cowell said that Angie’s audition was one of his favorites of the day. He continued by telling her that she made his goosebumps have goosebumps.

Angie Green on ‘America’s Got Talent’

“The truth is, we don’t get many people like you for a reason because they’re hard to find. Genuinely I’m excited because I think you’re so talented.” Cowell said before ending his praise of the young singer.

Angie was all smiles because of the praises from the judges, but for judge Heidi Klum, she was ready to make Angie’s smile shine brighter. Before ending her feedback, Klum was so impressed with Angie’s performance that she hit the Golden Buzzer.

The crowd erupted with cheer and Angie shared an emotional hug with her mother. The Golden Buzzer sends contestants straight through to the live shows. Angie was getting closer to her dreams.

The talented singer, who is self-taught on the piano, guitar and ukulele, performed “Gravity” by Sara Bareilles during the quarterfinals. Unfortunately, Angie did not make it through.

The singer is persistent. Since her season of America’s Got Talent aired, Angie has gone on to play countless concerts and sing at sporting events. In 2018 she contributed her vocals to the song “Live To See Another Day.” The single was released to bring awareness to gun violence in schools. The proceeds of the songs went to Sandy Hook Promise. A national violence prevention organization founded by parents who suffered loss in the 2012 Newtown shooting.

Angie moved to Malibu and went on to star as Nina in the Nickelodeon series California Dreamin’, produced by Ryan Tedder and Simon Fuller, which premiered in December 2021.

In January of this year, Angie was announced as one of seven members of Simon Fuller’s new pop group, The Future X. The music group was formed through TikTok and will be opening for the global pop group Now United. Angie beat out millions of hopefuls who auditioned through TikTok. Her career is in good hands seeing as Fuller used to manage The Spice Girls, at their peak. Currently the group is recording their first album. The group is currently living together and released a snippet of their single “This Kind Of Love,” earlier this year on TikTok.