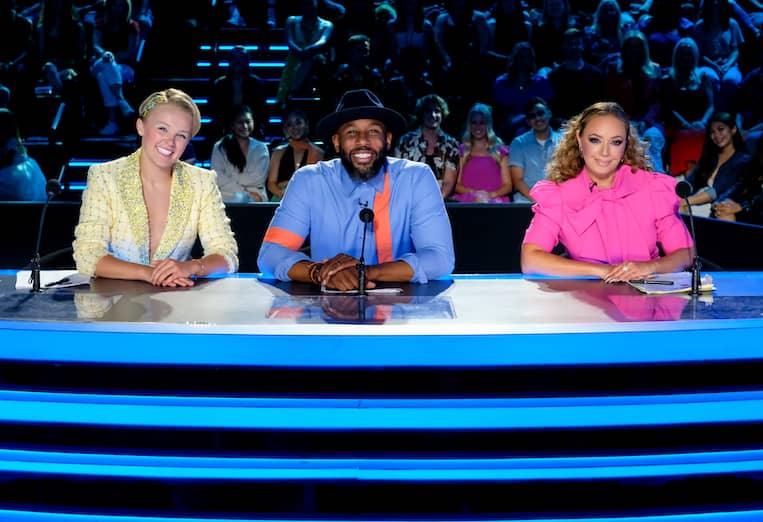 So You Think You Can Dance announced the Top 3 for Season 17 on Wednesday night. The night started with the Top 6, meaning three dancers had to go home. This episode featured the show’s first-ever head-to-head solo performances.

Who Made It to the So You Think You Can Dance Top 3?

At the end of the night, Alexis Warr Burton beat Carter Williams, Essence Wilmington beat Ralyn Johnson, and Keaton Kermode beat Beau Harmon. That means that the Top 3 is Alexis, Essence, and Keaton. They’ll move on to perform in the Semifinals next week, before a winner is named in the Season 17 finale on August 10.

Unfortunately, viewers at home don’t have the option to vote this season, which has caused some backlash on social media. Unlike previous seasons of the show, this season’s results are determined by the in-studio audience and judges.

SEE ALSO: MEET THE TOP 8 DANCERS OF ‘SO YOU THINK YOU CAN DANCE’ SEASON 17

Unfortunately, the newly introduced head-to-head solo performances meant that childhood friends Alexis and Carter had to compete against each other for one spot in the Top 3. When they learned they were paired up, Alexis broke down in tears.

“We wanted to be here to the end together, and now we’re for sure not going to,” she said. “It’s super hard, but we’re both gonna rise to the occasion.”

The pair previously danced a ’90s-inspired Contemporary routine together to “I Have Nothing” by Whitney Houston in the Top 8. This week, Alexis performed a Cha Cha/Paso Doble to “Do It To It” while Carter danced a Jive to “Proud Mary.”

The studio audience preferred Alexis’ performance, so she was chosen to move on to the Top 3 instead of Carter. Following his elimination, Carter said it was a “dream come true” to compete on the show with his best friend.