‘DWTS’ Pro Maks Chmerkovskiy Was Detained Amid Family Vacation
October 10, 2022
Be the First to Comment 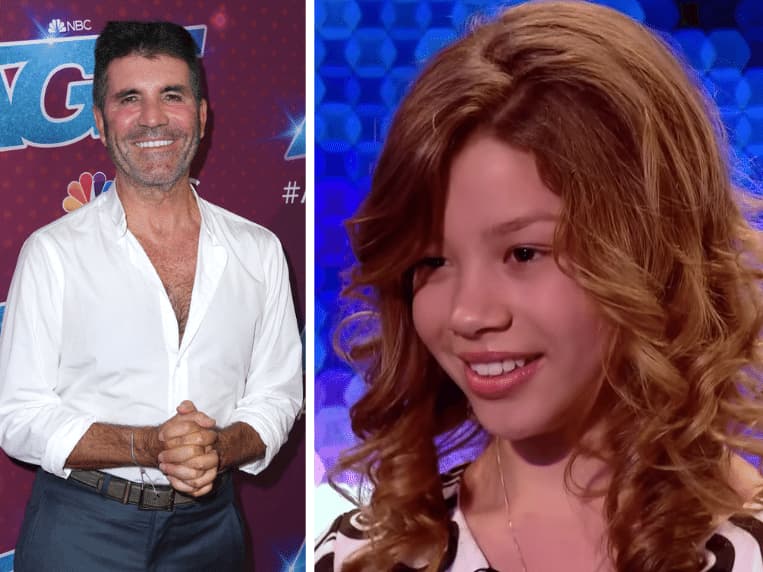 Photo by Steve Granitz/WireImage, Britain's Got Talent via YouTube

Judging in multiple talent competitions for decades, Simon Cowell surely established a reputation as the blunt one on the panel. Nevertheless, beyond his ‘Mr. Nasty’ attitude is an incredibly generous person. Former Britain’s Got Talent standout Molly Rainford can attest to that.

For those who may have missed it, Molly Rainford first made herself known on Britain’s Got Talent series six. After finishing in sixth place, Cowell offered Rainford a record deal. However, her family turned it down on the belief that she would not be a one-hit wonder. Despite that, Cowell insisted to sponsor her studies.

Rainford describes Cowell as a “softie at heart,” saying that he had been kind to her throughout her BGT series. She also stated that her tenure in the London-based school greatly helped her in sealing her protagonist role in CBBC’s Nova Jones.

Currently, Rainford is competing on season 20 Strictly Come Dancing and is determined to reach the finals. Fans would agree that she’s been shining in the competition, captivating hearts in every episode possible.

He Helped Other BGT Contestants Before

Molly Rainford is not the only BGT contestant that witnessed Cowell’s sweet side. Cowell’s generous personality also extended to Britain’s Got Talent series 2 winner George Sampson. Apparently, Cowell used to pay £2,000 a week to a private tutor for Sampson to continue his education.

In addition, he also helped Julia Carlile, a teen member of MerseyGirls during series 11 of the show. Carlile had suffered from scoliosis way back, but thankfully, Cowell pledged to pay for her spinal surgery.

“I always wanted the surgery but could never afford it,” she said. “I owe Simon so much because if he hadn’t paid for me, my curve would have continued to increase, leaving me unable to dance and in a lot of pain. Having an operation was my only choice.”

Meanwhile, the music mogul’s compassion wasn’t limited on contestants in the show he judges in. Cowell has also donated some digits to various charities. The benefactors include Shooting Star Children’s Hospices, Together For Short Lives, The Katie Piper Foundation, and the Linda Blair Sacred Heart Foundation.

Several people may still not be convinced that inside Cowell’s insulting attitude is a soft guy, but Molly Rainford and many others are grateful for him.