Did Katy Perry Secretly Marry Orlando Bloom? The Reason Fans Think She Said “I Do” Privately
January 16, 2023
Be the First to Comment 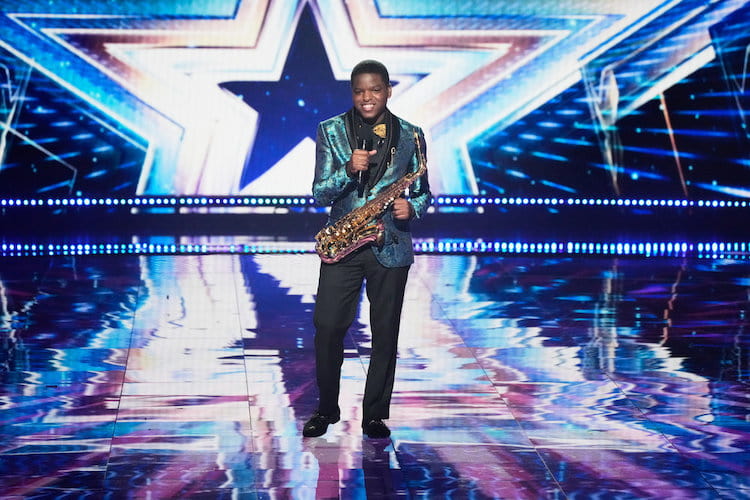 The brilliant and talented Saxophonist from season 17 of America’s Got Talent, Avery Dixon returns and puts on a show. His performance can be seen in the AGT: All-Stars early access clip released of the latest episode of the show featuring another batch of ten talented individuals.

22-year-old Dixon was born in Atlanta and experienced a lot of bullying in high school, because of his “pitchy and airy” voice. Dixon was born 24 weeks early, weighing just 1 lb 8 oz, and had to have a medical tube put down his throat for 39 days, which resulted in his current voice. As the grandson of famous saxophonist Maxwell Davis, he is incredibly talented in playing the instrument.

During his return at AGT: All-Stars, he played “Happy,” by Pharrell Williams and his performance was highly praised by the judges. Heidi Klum remarked that she had to “stand and dance,” throughout his performance since she couldn’t sit while Avery played the saxophone. Dixon’s performance subsequently got a standing ovation from all three judges including the live audience.

After Dixon’s performance, all judges gave him their thoughts and praised the young saxophonist for his talent. Simon Cowell liked the performance so much that he revealed that he almost pressed his Golden Buzzer for Dixon.

“This is why we wanted to make the show All-Stars because I believe when you’re great, competition like this brings out the best in people.” Cowell said. “This was you in your very best, no questions or doubts.”

Cowell then expressed that Dixon has a real solid chance at winning the entire show, and that he has set the bar higher for other contestants. After Dixon walked off the stage, Cowell admitted that he was thinking of giving Dixon his Golden Buzzer, and that he “almost did.”

The only reason the music mogul didn’t press the Golden Buzzer is that he thinks Dixon will pull through with the superfans’ vote and head to the finale. Find out if Avery Dixon will make it to the AGT All-Stars finals by tuning in to NBC on Monday, January 16 at 8 p.m. ET.