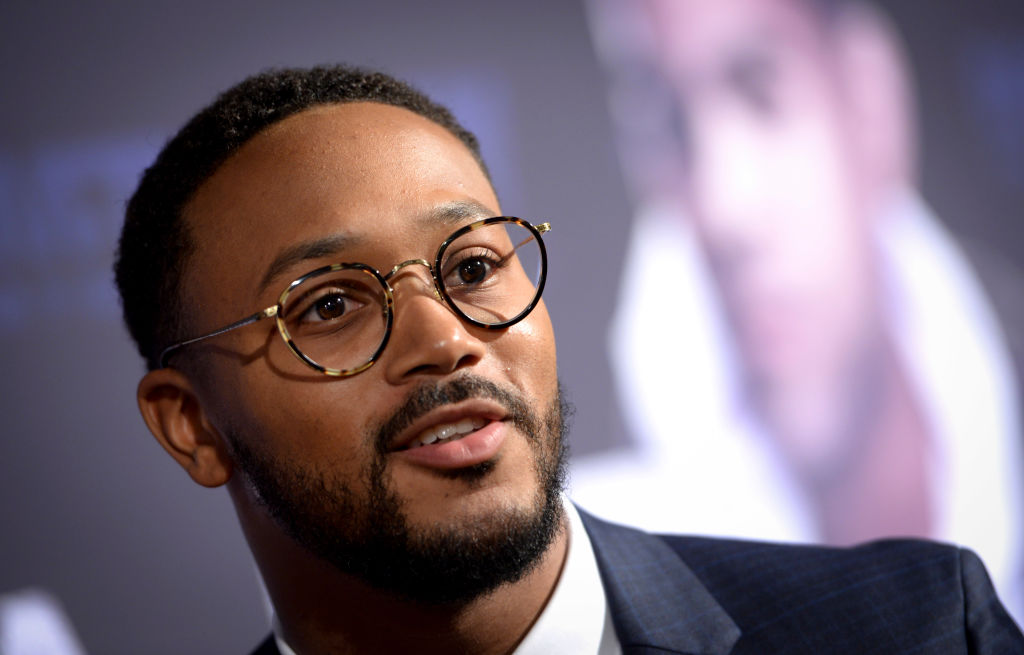 Romeo Miller surprised fans with the announcement of his new baby girl. The rapper took to Instagram to share an intimate family video as he told his followers about his new bundle of joy. This will be a Valentine’s day to remember as this marks the Dancing With The Stars alum’s first child.

“It’s been hard to hold this in, but it was important for us to make sure our baby girl got here safe and healthy before making any announcements to the world during this sacred journey,” Miller captioned.

Miller welcomed his new daughter with his girlfriend Drew Sangster. The actor opened up about the love they shared on an episode of his talk show The Mix. The actor mentioned that the two fell in love over the course of the pandemic. The new mom sent Miller a book to read each month during the early days of the pandemic. She also wrote Miller a handwritten letter of 138 reasons why she was happy she met him. After an invite to her family’s Thanksgiving, Miller saw the sign clearly.

Fans grew up with the young star. We met Miller through his shows on Nickelodeon and his music. In the mid 2000’s Miller continued to grow in his acting career. These days Miller is producing his The Mix talk show as well as running multiple companies as the CEO. He is also the President of his father, Master P, No Limit Records music label. This year will also see Miller returning to music. The rapper is featured on upcoming artist Choppi latest record, Ride.

The entrepreneur continues to have business on his mind. Sharing an image of “baby R,” Miller also announced that his new baby girl and Sangster already have a baby company coming soon.

The 5 Most Romantic Talent Show Performances Ever