‘American Idol’s Youngest Winner Jordin Sparks, Then and Now
June 7, 2022
Be the First to Comment 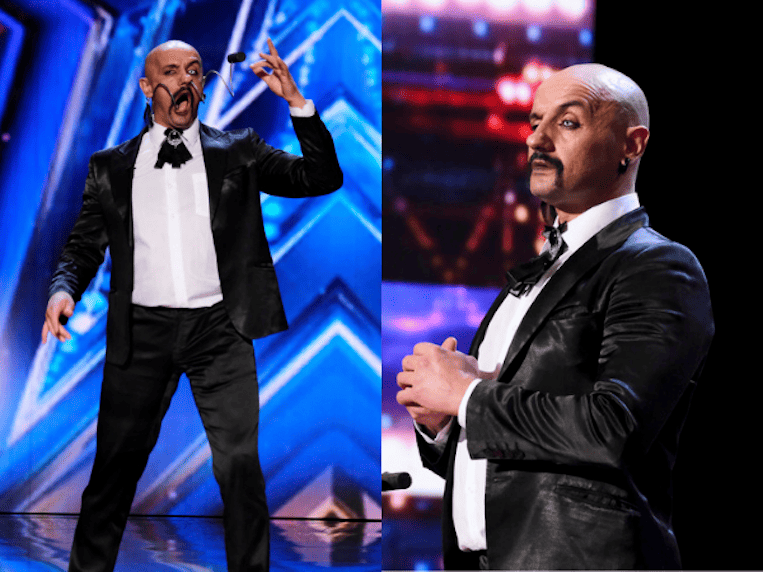 Zeno Sputafuoco is sure to be one of the most shocking acts to take the America’s Got Talent stage during Season 17. The Italian performer has appeared on Got Talent shows in the past, and his dangerous tricks left the judges horrified.

Zeno has previously competed on Italia’s Got Talent and Got Talent España (Spain’s version of the show). In Spain, Zeno reached last season’s Semifinals, where he performed a series of tricks you definitely shouldn’t try at home.

He started out by sticking a pair of scissors up his nose, but that wasn’t even the craziest part. Zeno moved on to sliding a hook up his nose and into his throat, so that it stuck out of his mouth. He then attached the hook to a weight, which he lifted with his nose and swung back and forth.

Later, he performed a similar trick, but this time, instead of a weight, he lifted a woman with his nose. This was after he poured hot candle wax on his arms and put the flame out with his tongue. And did we mention that he didn’t say a single word throughout the performance?

Previously, in his audition for the show, Zeno stuck his tongue against a moving fan blade and performed a similar hook-in-nose trick in which he pulled judge Dani Martínez on a rolling cart.

Zeno Also Has a Funny Side

Zeno doesn’t only perform dark and shocking routines. As you can see on his social media, he also has a funny side. In one video, he performs at an event, sticking a candle in his mouth but getting frustrated that he’s unable to extinguish the flame. He then blows it out the traditional way.

The performer also does some cool things with bubbles and fire. His Got Talent performances seem to focus on the more dangerous tricks, but it would be fun to see him be more playful if he ends up going far enough in the competition.

Zeno posted about his AGT audition on Instagram, writing “Dreams are becoming a reality!” He also recently appeared on France’s Got Talent, so he’s really taking his act all over the world. We can’t wait to see what crazy tricks he has up his sleeve on Tuesday night’s episode.