Meet The Pack Drumline, One of ‘AGT’s Most Anticipated Acts This Season 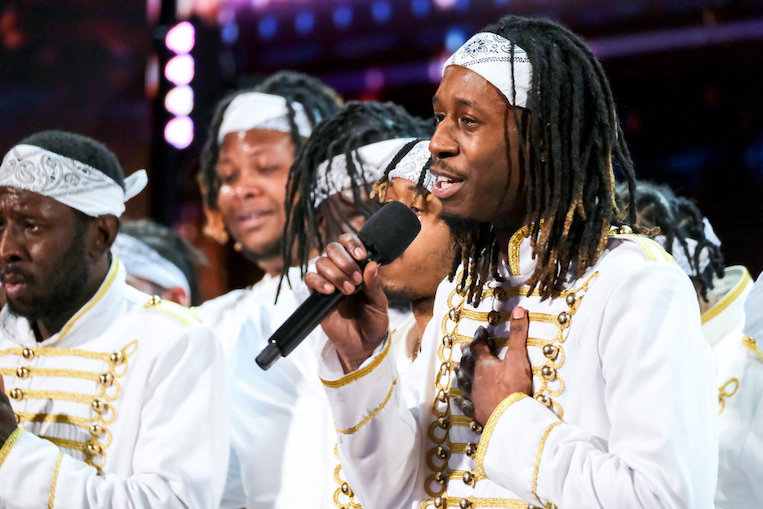 The Pack Drumline is one upcoming act that has us excited to watch America’s Got Talent Season 17. The Chicago group is set to audition for the show in the season premiere on Tuesday night. The group started out as a program for at-risk youth.

‘AGT’ Act The Pack Drumline Started Out as Street Beat

In 2015, Donta’e turned Street Beat into a touring group called The Pack. The group performed at events around Chicago and eventually appeared on local TV show Windy City Live. This led them to becoming the official drumline for WNBA team the Chicago Sky.

The group combines drumming and dance for a unique performance style. As seen in a 2017 performance video, drummers sit on each other’s shoulders and even drum upside down. The Pack has performed at dance competitions such as Red Bull Dance Your Style Chicago and World of Dance Chicago.

The Group Is Excited About Auditioning for the Show

The Pack Drumline has been posting their excitement about auditioning for America’s Got Talent Season 17. In April, they wrote on Instagram that it was “the most emotional weekend of our lives.”

“It’s still hard to believe that this just happened,” the group continued. “We have no idea what’s going to happen next but the fact we were given the opportunity to showcase ourselves was big enough!”

They also shared a video from backstage at the show, in which the group shows off their amazing drumming skills. Based on teasers, it looks like The Pack’s audition will be an emotional one.

Will they earn the Golden Buzzer from one of the judges? We’ll find out when the season premiere airs on NBC Tuesday night.