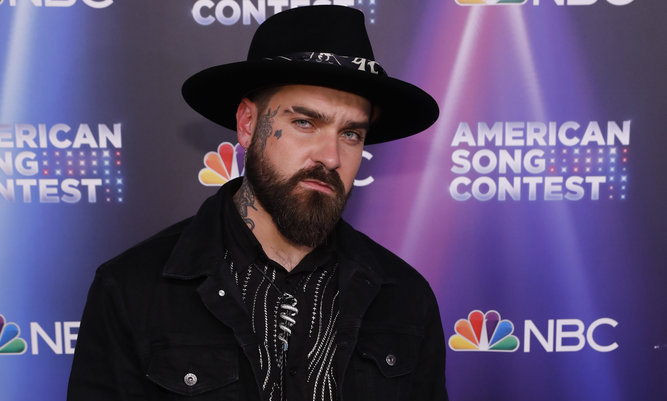 Hueston was announced as the first American Song Contest artist to advance into the semifinals on Monday night’s episode. Following performances by the 11 artists, hosts Kelly Clarkson and Snoop Dogg announced Hueston as the jury vote of the night.

This singer from Rhode Island took to stage singing the emotional song, “Held On Too Long.” Even though this was one of the slower songs of the night, it was the one that impressed the jury most. Fans of the series are dying to know who this singer is after receiving the first ever vote by industry professionals.

Hueston, who’s known off stage as Cory Hueston is no stranger to the music industry. He’s an artist, songwriter, and producer currently based out of Florida. Prior to American Song Contest, he was the frontman of the indie/alternative duo The Blancos, who were signed to Republic Records. It seems like Hueston left this group around 2019.

Since leaving the duo, he has shifted to produce his first solo project, Hueston. This singer prefers to keep his independent sound raw with authenticity and individualism. He chooses to emphasis strong emotional storytelling in his released music. Hueston’s tracks feature his organic vocals and minimal backtrack (other than a guitar). He incorporates his real life experiences into his tunes by grabbing inspiration from his past and present self.

Hueston’s Solo Career Up to This Point

Prior to the television series, Hueston was featured as a singer/songwriter in the films Aquaman and Just Mercy. He also has credits for being featured in projects by major sport groups including the NFL, MLB, NHL through the video game company EA sports.

Before the American Song Contest Hueston had independently released five singles and been working on his debut album. Hueston is the owner of Younghueston LLC, a company in which he actively writes for other artists. On top of writing for other artists, this singer had been developing a few select artists evolving out of Florida ahead of the competition.

Reports state that this singer released a six-track EP, Orbs, on February 12, 2021. This EP doesn’t show up on the singer’s Apple Music or Spotify accounts at this time. Hueston previously described this EP as alternative ‘sci-fi gospel’. He noted that the EP tells the story of overcoming depression and addictions, as well as turning over a new chapter in life.

Hueston will appear in the semifinals, which will air on April 25 and May 2. He will perform a slightly elevated performance of “Held On Too Long” in this round.