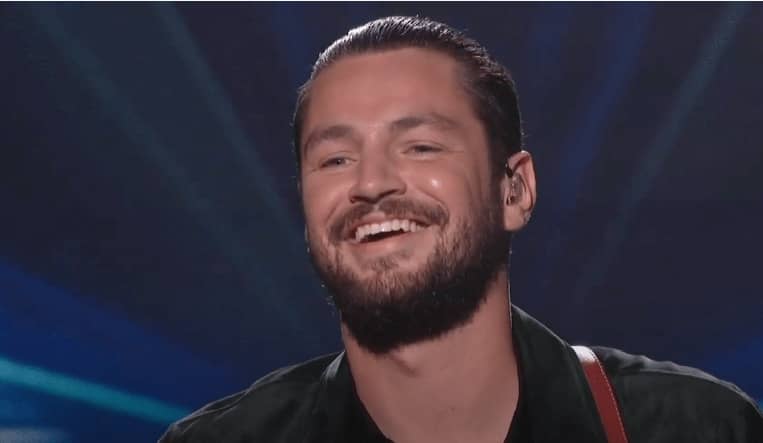 If Chayce Beckham isn’t crowned the winner of American Idol tonight, Luke Bryan has offered him one amazing consolation prize. Bryan, the king of country music, invited Chayce on a fishing trip after his incredible performance.

In the first round of performances during tonight’s three-hour American Idol finale, Bryan made it clear that Chayce has become one of his bros. After talking about it behind-the-scenes all season long, Bryan extended the invitation to Chayce to go on a fishing trip. Chayce was more than excited about this opportunity and told Bryan to book a date.

Ryan Seacrest suggested that the pair crack open a couple of beers. While this seemed like an innocent comment, many on Twitter were quick to point out that Chayce has been very open about his past struggles with alcohol.

“I’m actually shocked that @RyanSeacrest just told Chayce, a recovering alcoholic, that if he goes fishing with Luke Bryan he’ll have to have a beer. It’s so yikes,” one Twitter user wrote.

Seacrest was probably just trying to come off as funny or relatable during this moment. With all of the excitement of the fast-paced finale, he most likely fumbled his comment and forgot about Chayce’s story. Chayce took it like a champ though and is still excited to go fishing with Bryan.

It was a combination of an awkward television moment and also a cool way for a judge to interact in a friendly way with a contestant. Bryan loves fishing and has been doing it since he was a kid living on the Flint River in Georgia.

Clearly, fishing is something that means a lot to him, and wanting to share that experience with Chayce is very special. Fishing can also hopefully lead to a collaboration with these two country artists in the future.

Do you think Seacrest made this an awkward moment with his off-color comment?