‘American Idol’s Youngest Winner Jordin Sparks, Then and Now
June 2, 2022
Be the First to Comment 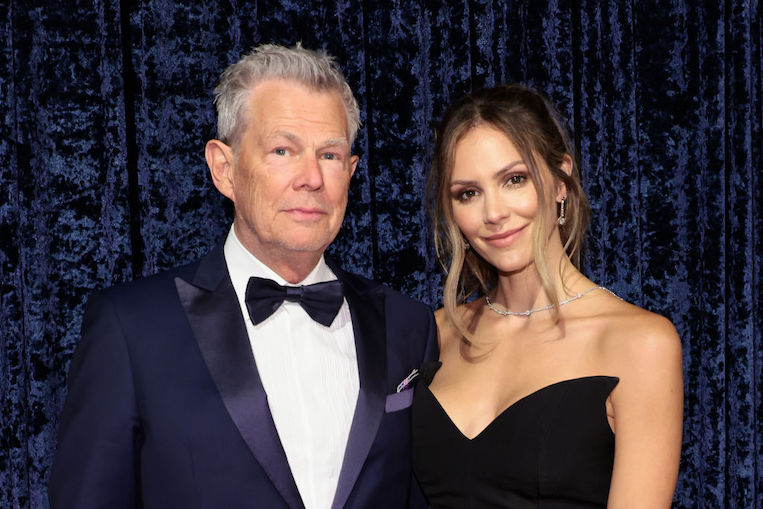 Married couple Katharine McPhee and David Foster recently stopped by Live with Kelly and Ryan, where they talked about first meeting on American Idol many years ago. The pair also delivered an amazing live performance on the show.

During Thursday’s interview, McPhee reminded co-host Ryan Seacrest that she and Foster first met on American Idol, when she competed in Season 5. Foster and Andrea Bocelli were guest mentors for the contestants.

“And that’s how we met. We became friends, we worked together, he produced my first single,” McPhee shared, pointing out that they’ve known each other for 17 years. (It’s actually closer to 16 years, since McPhee competed in 2006, but it’s still a very long time.)

The couple explained that they went on to do charity events and even tour together. Foster would apparently text McPhee with his support when she appeared on the show Smash in 2012. She also threw in the fact that Foster “was at my first wedding” to Nick Cokas in 2008.

McPhee and Foster got married in 2019. Last year, they welcomed a son named Rennie. The pair recently appeared together as Banana Split on The Masked Singer Season 6.

The Couple Is Performing ‘The Kat & Dave Show’

McPhee and Foster have a concert together called The Kat & Dave Show. Foster said it’s an “extension” of the live shows they did on Instagram during the Covid-19 pandemic. They perform some of Foster’s songs, as well as Broadway hits.

Foster also shared that he’s been working on a musical called Betty Boop for 14 years. McPhee said it’s “definitely going to Broadway next year, for sure.” They performed a song from the show, “Something to Shout About,” during their Live appearance.

During the performance, Foster played piano while McPhee showed off the vocals that took her to second place on American Idol.

Who is ‘So You Think You Can Dance’ Standout Thiago Pacheco?