Meet Brett Loudermilk, The Sword Swallower Who Freaked Out Sofia Vergara
January 22, 2023
Be the First to Comment 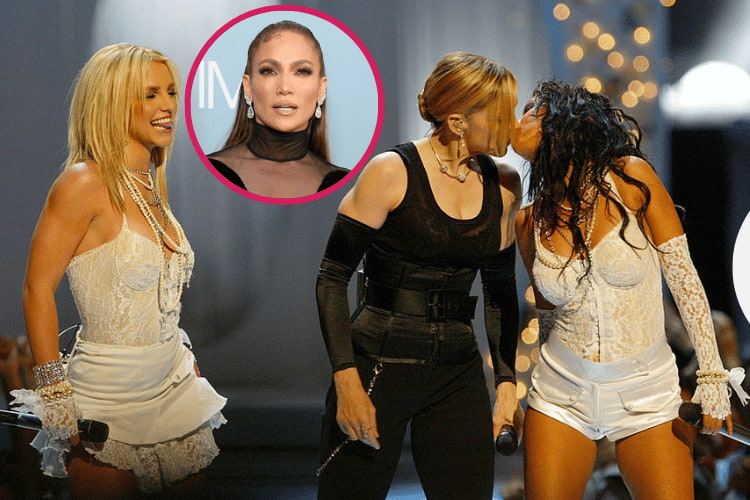 Pop star Jennifer Lopez recently claimed that she was originally invited to join Madonna’s iconic onstage kiss with Britney Spears. However, she failed to participate in the infamous VMAs performance due to a schedule conflict.

Jennifer Lopez Says She Meant to Be a Part of Madonna, Britney Spears’ VMAs Kiss

Back in the 2003 VMAs, Madonna opened the show together with Spears and Christina Aguilera with a medley of “Like a Virgin,” “Hollywood” and “Work It.” That night, the three cemented themselves in pop culture history when the “Material Girl” hitmaker leaned in for a smooch with each of the two. Madonna and Spears’ kiss particularly made it to the headlines while Aguilera’s peck was frequently ignored. This is because the MTV quickly switched to Justin Timberlake to catch his reaction to ex-girlfriend Spears’ wild gesture.

Apparently, the iconic onstage kiss done by these three pop stars has an interesting backstory. Speaking to E! News, Lopez confirmed that Madonna initially enlisted her for a part in the shocking performance. Revealing the reason for her absence, Lopez revealed that she was doing a film at the time.

“I was filming a movie in Canada,” she said. “We had met — me, her and Britney — to do it, at [Madonna’s] home. I just couldn’t get off the film, so we couldn’t do it. Then they got Christina Aguilera, I think, to do it.”

In the same interview, the “Let’s Get Loud” singer admitted that she’s Madonna’s “huge fan.” Had her schedule allowed her to attend the VMAs, Lopez should’ve been the one kissing the pop queen, not Aguilera.

Lopez is also currently promoting her upcoming film with Josh Duhamel, Shotgun Wedding. This movie follows the storyline of a couple who is about to have their dream island wedding. The thrilling part comes after a group of dangerous pirates shows up uninvited, causing absolute madness.

“It’ll be the most chaotic event of the year. We promise,” Prime Video wrote on Instagram.